Pope Francis: Remembering the Holocaust is a “Duty”

Remembering the millions of men, women and children who died at the hands of the Holocaust is part of our past that we must commit to reflecting on, even with the passage of time.

Speaking to pilgrims in St. Peter’s Square January 26th, the pope said that “in the face of this immense tragedy, this atrocity, indifference is inadmissible, and remembering is a duty.”

“We are all called to have a moment of prayer and reflection, each one saying in his or her own heart, ‘Never again, never again!'” the pope said.

January 27th is the 75th anniversary of the liberation of the Auschwitz-Birkenau concentration camp. The Soviet army reached Auschwitz-Birkenau, threw open the extermination camp’s gates and liberated those who had survived the Nazis’ horrors. The one camp had killed about 1 million Jews. Another 23,000 Roma, 15,000 Soviet prisoners of war and thousands of Polish citizens of different nationalities also perished.

According to the Conference on Jewish Material Claims Against Germany, 41 percent of US adults, and 66 percent of those between the ages of 18-34 do not recognize the name Auschwitz. It’s apparent that more universal Holocaust education is critical to ensure we do not forget, but also so nothing like this can ever happen again.

During his visit to Poland in 2016, the pope visited the Auschwitz death camp, where he prayed in silence and met with survivors of the Holocaust. The pope has also denounced anti-Semitism and violence against Jewish people, including in November when reports surfaced of an escalation in anti-Semitic violence and vandalism across Europe.

Two organizations representing the bishops of Europe also issued a joint statement to mark the anniversary of the liberation of the death camp.

“Here, the Nazis took the power to decide who is human and who is not. Here, euthanasia met with eugenics,” they said. “Auschwitz-Birkenau is a result of the system based on the ideology of national socialism, which meant trampling the dignity of man who is made in the image of God. Another totalitarianism, namely communism, acted quite similarly, also reaching a death toll of millions.”

“We cannot allow the truth to be ignored or manipulated for immediate political needs,” said the Jan. 26 statement. “This appeal is extremely important now, for — despite the dramatic experience of the past — the world in which we live is still exposed to new threats and new manifestations of violence.” 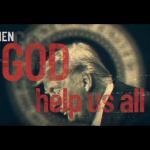