Religion Is on the Decline in the U.S., Population of ‘Nones’ Continues to Grow Rapidly

The religious landscape continues to shift in the U.S.

While Christianity continues to decline at a rapid pace, the religious unaffiliated population – a group also known as religious “nones” continues to rise, according to study released by the Pew Research Center.

In a telephone survey conducted in 2018 and 2019, 65 percent of American adults labeled themselves as Christians when asked about their religious affiliation. This was down 12 percentage points over the past decade. On the flip side, the religiously unaffiliated group, those who describe themselves as atheist, agnostic or “nothing in particular” is now at 26 percent, up from 17 percent in 2009 according to Pew.

Pew also found that the shift in religious nones is broad, reaching across demographic groups: white people, black people and Hispanics; men and women; in all regions of the country; and among college graduates and those with lower levels of educational attainment.

Another interesting find is that the religiously unaffiliated are rising among Democrats and younger adults. There is a large generation gap in U.S. religion. According to Pew:

“The data shows a wide gap between older Americans (Baby Boomers and members of the Silent Generation) and Millennials in their levels of religious affiliation and attendance. More than eight-in-ten members of the Silent Generation (those born between 1928 and 1945) describe themselves as Christians (84%), as do three-quarters of Baby Boomers (76%).”

“In stark contrast, only half of Millennials (49%) describe themselves as Christians; four-in-ten are religious “nones,” and one-in-ten Millennials identify with non-Christian faiths.”

There is also a sharp decline in church attendance. Only about one-in-three Millennials say they attend religious services at least once or twice a month according to Pew. About two-thirds of Millennials attend worship services a few times a year or less often, including about four-in-ten who say they hardly or never go.

Pew points out that the trends are clear – the U.S. is steadily becoming less Christian and less religious observant as the share of adults who are not religious grows. The share of Christians who say they attend religious services at least once or twice a month is exactly the same as the share who said the same in 2009.

What this concludes is that the nation’s rate of overall rate of religious attendance is declining not because Christians are attending church less often, but because there are now fewer Christians as a share of the population. 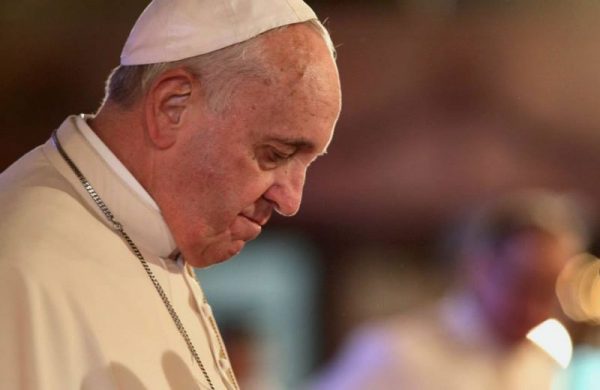