Police Cracking Down on Church Using Marijuana As Sacrament

Madison Wisconsin officials are trying to stop a church from openly using and distributing marijuana as a sacrament.

While marijuana is still illegal in the state, they may have found a loophole.

Two men who have been operating the Lion of Judah House of Rastafari church in a storefront are currently distributing marijuana as a sacrament to church members for donations.

Since they opened in March, they say that about 6,000 people have signed up to become members.

Members say the church is rooted in Rastafarianism, a religious movement that engages in ritualistic use of marijuana.

Jesse Schwork and Dylan Paul Bangert say openly using and distributing marijuana as a sacrament is a religious and inalienable right and is not breaking any laws, CBS affiliate WISC reports.

“We all use cannabis to meditate and also for the religious purpose for uplifting our mind and out body and our spirit,” Schwork told CBS affiliate WISC.

City officials don’t agree and are doing their best to put a stop to it.

“They are claiming to be a church,” Assistant City Attorney Jennifer Zilavy said. “I have not seen any documentation or anything that supports they are, in fact, a church. Even if they are a church, marijuana is illegal in this state. You can’t sell it. It can’t just be 24/7 and you can smoke weed and that’s our religion.”

Police recently confiscating several jars of marijuana an drug paraphernalia after responding to an alleged noise complaint. While no arrests were made or charges filed, the city’s attorney’s office did deliver a cease-and-desist letter, CBS local reports.

“They’re just fronting the church so they can sell cannabis,” Zilavy said.

The landlord has been notified by police that she must stop the activity. If she does not comply, the city’s attorney’s office said it could file a public nuisance action in circuit court which could shut the operation down, all together.

To counter, Schwork said he is preparing to file for a federal injunction to stop what he feels is harassment and intimidation by authorities. 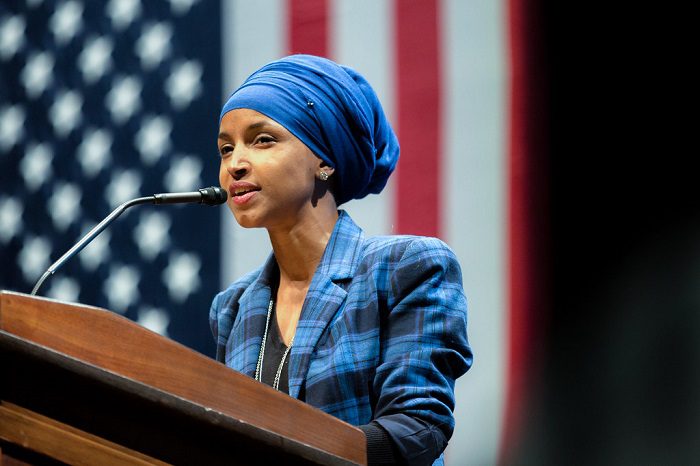 Rep. Ilhan Omar Faces Backlash after Suggesting That Jesus Was Palestinian and Not a Jew
archives most recent
More from Beliefnet and our partners
previous posts