Rep. Ilhan Omar Faces Backlash after Suggesting That Jesus Was Palestinian and Not a Jew

Rep. Ilhan Omar recent suggested that Jesus was a Palestinian and not a Jew and is facing major criticism for it.

Omar retweeted a tweet from Omar Suleiman, an American Muslim scholar and civil rights activist according to CBN News. The scholar has accused conservative Christians of being ignorant about Jesus’ Palestinian heritage.

Suleiman was likely responding to a New York Times piece that said: “Jesus, born in Bethlehem, was most like a Palestinian man with dark skin.”

The NYT recently issued a correction for this article by Eric V. Copage headlined, “As a Black Child, I couldn’t Understand Why Jesus Had Blue Eyes.” The op-ed claimed that Jesus as Palestinian.

This piece was revised after a week’s worth of criticism in Jewish publications, social media and elsewhere according to the Washington Times.

“Because of an editing error, an earlier version of this article referred incorrectly to Jesus’s background,” said the correction post Friday. “While he lived in an area that later came to be known as Palestine, Jesus was a Jew who was born in Bethlehem.”

Michael Dickson, executive director of StandWithUs-Israel, responded to Omar’s tweet with the following:

“No, @Ilhan Omar, Jesus was not a ‘Palestinian’, he was a Jew born in Israel under Roman occupation and your need to misrepresent history and misappropriate his background to further a political cause says more about you than it does about anything else,” he said.

“People who call Jesus a ‘Palestinian,’ despite the fact that the geographical region of Palestine didn’t exist until years after his death, are simply projecting modern-day intersectionality onto him, in order to make their ‘wokeness’ seem biblical. This is idolatry,” she said.

Said Amir Tsarfati, who is an Israeli Bible scholar and founder of Behold Israel Ministry wrote: “I suggest that she reads the #Bible and see for herself that the Lion from the tribe of #Judah that came from the house of David was definitely a #Jew who taught in #synagogues and not #mosques!”

It’s important to note biblical times, Palestine was not known as Palestine; it was known as Judea: “Bethlehem of Judea” (Matthew 2:1). 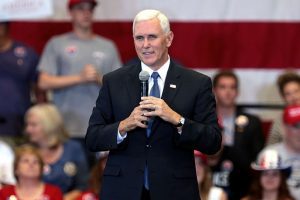