Discussion of the 2020 presidential election is already heating up. A host of Democratic senators, representatives, mayors and governors have all thrown their hats in the ring. The official nomination will likely not be decided until summer of 2020, but Democratic hopefuls are already working to earn the winning spot in the primaries. A few of the would-be presidential nominees have kept their focus largely on political issues. Many of them, however, have also leveled ad hominem attacks at their opponents. In the case of South Bend Mayor Pete Buttigieg, they have also lashed out at their opponents’ faith, more specifically, Mike Pence’s strong Christian faith.

Buttigieg had repeatedly addressed remarks that some interpreted as anti-Christian to “the Mike Pences of the world.” Pence himself, however, did not lash out in return. Pence did not shy away from the fact that Buttigieg said “some things that are critical of my Christian faith and about me personally. And he knows better. He knows me.” Still, Pence stated that he hoped “[Buttigieg] will offer more to the American people than attacks on my Christian faith or attacks on the President as he seeks the highest office in the land… He’d do well to reflect on the importance of respecting the freedom of religion of every American.”

Pence said that he “considered [Buttigieg] a friend” and noted that the two of them “worked very closely together” when Pence was serving as governor of Indiana. “[Buttigieg] knows I don’t have a problem with him,” Pence said. “All of us have our own religious convictions. [Buttigieg] has his convictions, I have mine.”

Pence also suggested that Buttigieg’s issue was not with Pence personally but with the Constitution and the protection it guaranteed to Pence’s religious beliefs, beliefs with which Buttigieg did not agree.

“I think Pete’s quarrel is with the First Amendment,” Pence said. “All of us in this country have the right to our religious beliefs. I’m a Bible-believing Christian. I draw my truth from God’s word.”

Buttigieg self-identifies as a liberal Christian, but he has drawn the ire of many mainstream and conservative Christians for what appears to be a “my way or the highway” approach to Christianity. Many believe that attacks on traditional Christian values and ways of thinking are simply a way of pandering to leftist voters. This may be true, but it does not make his remarks less worrying or damaging in a time when Christian persecution is on the rise. One can only hope that Buttigieg will come to live out the faith he claims to follow and search for common ground with his political opponents rather than demonizing them in an attempt to win a few voters to his cause. 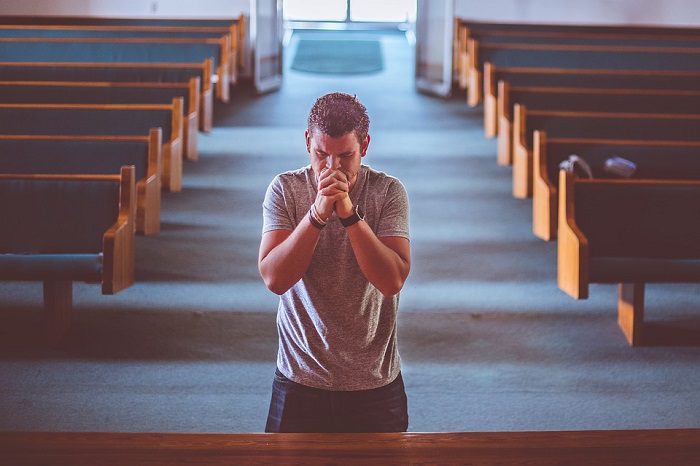 Is America Becoming Godless? Survey Finds People With No Religion Has Risen 266 Percent
archives most recent
More from Beliefnet and our partners
previous posts