Which theory explains the existence of life and all its incredible forms, Darwin’s theory of evolution by virtue of natural selection or religiously centered creationism caused and controlled by God? In most debates, those are the only answers offered. Either life itself is a fluke that began in primordial soup with molecules that blundered across the boundary of animate and inanimate by complete accident or Earth is 6,000 years old and mankind once hunted velociraptors. There is, however, a third option in the debate over life, intelligent design.

Though the theory is imperfect, many see intelligent design as the perfect mix of evolution and creationism. In intelligent design, Earth can be ancient and creatures continually developing, but life is not determined by random chance. Instead, there is an intelligent creator guiding the development and changing of animals and plants. Geophysicist Stephen C. Meyer, author of “Darwin’s Doubt,” is just one of the many scientists who have searched for a happy medium between what they see as the holes in traditional evolutionary theory and the rigidity of religious creationism.

“It is possible to formulate a case for intelligent design in a strictly scientific manner,” Meyer said. “When we think about the origin of information, it always arises from an intelligent source.”

When it comes to theories of life, however, science and religion tend to be in agreement that life was not always in existence. It had to start somewhere. The major points on which the two tend to disagree are how it started and why it continued.

“The universe had a beginning — this is one of the first words of the Biblical texts, that there was a beginning,” said Meyer. “That’s a point of agreement on the same issue…Intelligent design is telling us that life and the universe were designed — that’s also something you would find affirmed in the theistic religious traditions. There are overlapping areas of interest, and increasingly, what we’ve found is that there is increasing agreement as we’ve understood the science better… [only] intelligence is capable of generating the amount of information needed for these big jumps in biological complexity in the history of life.”

The question of how life began is one place where Meyer feels evolution falls apart. On that front, Darwin’s theory was always incomplete.

“[Darwin’s theory] presupposed the existence of the first living cell,” said Meyer. “There is a major discontinuity between chemical processes that we observe, and what we see in actual living organisms…It’s a complexity gap that is absolutely extraordinary.”

“The Darwinian view is not just the idea of evolution over time, but an undirected, unguided process that produces the appearance, but not the reality, of design,” Meyer said. This suggests that nature is a “self-creating entity that can produce all the wonders and intricacies of living organisms without any guiding hand whatsoever.”

The incredible complexity of living cells and biological processes form a large part of why Meyer thinks that there must be a creator behind the existence of life.

“[To prove a creator does not exist] you would have to find an undirected process that was capable of producing information beyond a threshold that we have defined mathematically,” said Meyer, adding that this would require information to arise “by chance, based on the probable resources of the universe.” The odds of that happening are slim to none.

One can only hope that the increasing number of people who are finding ways to marry science and faith means that one day children will laugh at the idea that people were once so silly that they believed religion and reason were destined to be enemies rather than complimentary partners exploring the never ending wonders of the world and unending mysteries of life. 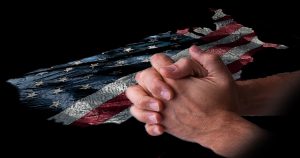