A group of Catholic priests in Poland recently burned books they considered sacrilegious, including those from the Harry Potter and Twilight series.

“We obey the Word,” the priests said in a now deleted Facebook post which showed photographs of the public book burning and quoting Bible passages from the book of Deuteronomy.

The pictures also show three priests carrying a basket of books and other items, including an African-styled mask through a church to an outside fire pit.

“Many of those who had practiced magic collected their books and everyone. So they calculated their value and found it to be fifty thousand pieces of silver,” read a caption from the Book of Acts posted by the group.

Another excerpt from the Book of Deuteronomy said, “Burn the images of their gods. Don’t desire the silver or the gold that is on them and take it for yourself, or you will be trapped by it. That is detestable to the Lord your God.”

This is not the first time the series has been boycotted by Christian groups.

The books that touch on themes like magic and wizardry have been viewed as sacrilegious.

After the post went viral and sparked a great deal of outrage, the Catholic priest who led the public burning of the Harry Potter books has apologized.

Rev. Rafal Jarosiewicz expressed his regret on Facebook and said the burning of objects linked to the occult was “unfortunate.”

Comments under the original post condemned the act, recalling book-burning during Nazi rule in Germany before the Second World War.

One user wrote, “Can’t you see how sick this is? What are your plans next, burning witches?”

Another wrote, “As a Catholic, I don’t agree with you, burning books is stupid.”

Following the incident, Rev. Jarosiewicz was fined and a group contacted prosecutors about the open fire, according to the Associated Press. 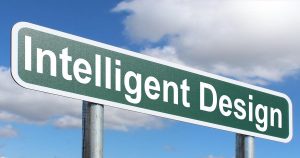