President Donald Trump’s faith has been a subject of curiosity and, like everything associated with the president, controversy for several years. Some people claim that Trump is a devoted though new Christian. Dr. James Dobson, for example, claimed that Trump surrendered to Christ in 2016.

“I believe he really made a commitment, but he’s a baby Christian. We all need to be praying for him, especially if there is a possibility of him being our next chief executive officer,” Dobson said prior to Trump’s election in 2016.

Other people, however, claim that Trump’s own personal faith is weak or nonexistent. Pastor David Lewicki, for example, claimed that he was the pastor at Trump’s family church for five years but that Trump “never actually enter[ed] the church doors. Not one time.”

Controversial televangelist Jim Bakker had his own comments on the matter. According to Bakker, President Trump has been led to salvation “many times.”

“I personally know people who have led him to Christ. He’s been saved so many times that I’ll tell you what, if he counts, he’s got more numbers than anybody I know of. And I’m serious. I can name the people who prayed with him,” Bakker said. Among those people, Bakker claimed, was fellow televangelist James Robison. “But [Robison is] just one of them,” Bakker said. “But they were leading him, guiding him, preparing him, nurturing him through it all. There is a Daniel’s company and it’s so big…This is probably one of the basic reasons why there’s miracles coming out of the White House and why there’s a miracle in America,” he added. “That’s why the world hates him.”

Bakker’s comments have always leaned toward the controversial, including his statement that he believes “110 hitmen” have been hired to kill Trump, but some of his arguments in favor of Trump’s Christian faith have been easier to confirm or disprove. Bakker’s statement that “when [Trump] flies, he has pastors with him. When he’s in the White House, he has pastors with him,” can be proven simply by keeping an eye out to see who has been a recent guest of the president.

Whether Trump has actually been recently saved, repeatedly saved or never been led to Christ at all is not something that can be proven at this moment. The question has certainly gotten a great deal of attention from Christians and, like almost everything related to President Trump, created a lot of buzz and talk. One can only wait to see if this sort of buzz will turn out to be beneficial or not for the president. 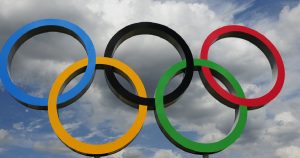