John Gray, an anchor for WTEN-TV in New York, didn’t anticipate that one day he would become the author of a successful children’s book. However that’s exactly what happened.

Gray’s 6-month-old dog Samuel died unexpectedly, and he needed a way to let out his grief. He took to writing his thoughts and feelings down in a notebook, and eventually it started to create a real story. Gray finalized his first book “God Needed a Puppy” in 2017. The book details what it means to lose someone, and teaches children the tools needed to handle grief and other tough life experiences.

Gray took the book to different publishers in the hopes of sharing his message with others. One of the first publishers Gray talked with, however, was not fond of the book and cited it had “many problems”. The main concern was it’s focus on God.

“The [publisher] said, ‘First of all, you’ve got God in the title; that’s gonna alienate half the people who would even buy a children’s book,’” he recalled.

The publisher recommended that Gray change the title of his book and the narrative of the story. Gray refused, saying “if you take God out, there is no story.”

Gray was not ready to give up on his book, and decided the best route would be to publish it himself. He only thought he would get through a few hundred copies, but the book’s sales skyrocketed. It became so popular, he quickly ran out of his first 8,000 prints. Over the next few months, he sold over 14,000 copies and was eventually contacted by a faith-based publishing house, Paraclete Press. Gray took the money generated from the books, and donated it to local shelters across the country.

Gray never wrote the book in hopes of commercial success, but only hoped they would “help people and have a spiritual, faith-based grounding, so it might help them that way, too.” The New York based author wanted to create something that met people where they were, and guided them to faith if they were ready.

Gray has continued his writing career, and his second book “Keller’s Heart” was released on February 14th. It shares the lessons Gray learned after adopting a blind and deaf dog from a local shelter.

“He’s shown us there are no limitations if you want to believe in yourself,” Gray said as Keller laid next to him. “Nothing stops him. He can do anything other dogs can do, except he just can’t see and he doesn’t really hear.”

The goal of the book was to remind children that it’s normal to be different from others.

“The storyline [for ‘Keller’s Heart’] is this dog gets adopted by a deaf girl who’s having trouble fitting in and together they link up and they show people that you’re not limited by some disability, you can rise above that,” he said. “Being different is OK.” 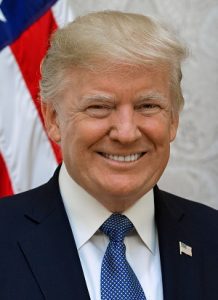 Is Trump Christian? Jim Bakker Says Yes, Claims Trump Has Been Saved “Many Times”
archives most recent
More from Beliefnet and our partners
previous posts