The world’s largest religious festival was in full swing for the most auspicious day of the 48 day Kumbh Mela festival in India. The new moon day, the Mauni Amavasya, saw nearly 55 million Hindu devotees taking ritual baths at the confluence of three rivers in northern India. The gigantic crowds were only a portion of the enormous numbers that have visited the festival since it began. As of February, the festival is only half complete, but over 120 million people have already made a pilgrimage to the area. Tens of millions more are expected to arrive before the festival ends in early March.

“We are not throwing random figures about the number of visitors to the Kumbh,” said Rajeev Rai, a senior official. “Our calculations are based on observation from drone cameras and helicopters.”

According to Hindus, the Kumbh Mela locations are the places where Vishnu spilled drops of Amrita, the elixir that gives the gods their immortality. It is considered the largest peaceful gathering in the world and is said to be the world’s largest congregation of religious pilgrims. The 2019 Kembh Mela in Allahabad hosts a tent city that is larger than the island of Manhattan in the United States.

Hindus who attend the festival make it a point to bathe in the rivers as it is believed that doing so will bring about salvation and cleanse them of their sins. Dealing with more earthly sanitation, however, is a herculean task for each city that hosts it. Allahabad completely overhauled its infrastructure, constructing over 300 km of new roads and building an entire airport to allow visitors to fly in from Delhi. Whether this will be enough to hold up under the sea of humanity that has descended upon Allahabad has yet to be seen. To make the numbers even more unbelievable, 2019’s Kumbh Mela was only an “ardh Kumbh” or “half-size” festival. There is good news for the harried workers on that front, though. The next full Kumbh in Allahabad will not occur until around 2157, so the city has plenty of time to prepare for that endeavor. 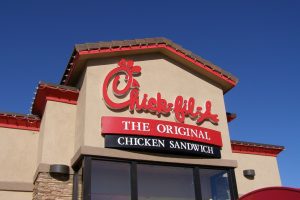