Americans’ Trust in Clergy Members at All Time Low

A constant stream of bad news has brought American’s trust in clergy members to its knees, and not because Americans are flocking to religion. Mismanagement of funds, sexual abuse, fraud, affairs and other scandals have brought Americans’ perception of the clergy’s trustworthiness to a record low. According to a recent Gallup survey, only 37 percent of Americans rated the honesty and ethical standards of clergy members as “high” or “very high.” The largest number of respondents said that they felt clergy’s honesty and ethics were “average.”

Gallup has never had a response that ranked clergy so low on the trustworthiness scale since 1977 when Gallup first began examining how trustworthy people found those in various professions. It is likely that the drop in trust is due in large part to the sexual abuse scandals and #ChurchToo movement that rocked the Christian religion in 2017 and 2018. As such, trust in clergy shows distinct differences along denominational lines. After dealing with an ever widening ring of sexual abuse and cover ups for some time, only 31 percent of Catholics rated the clergy positively. Protestants, on the other hand, had only been facing the revelation of their clergy’s numerous sexual misdeeds recently. As such, 48 percent of Protestants continued to rate the clergy’s honesty and ethics highly.

Another potential reason for the falling trust in clergy members is the habit some pastors and priests have adopted of preaching politics as much as Gospel from the pulpit. Multiple churches have split over issues such as gay marriage, and others have drawn fire for drawing hard lines on controversial issues. St. Susanna’s Parish Dedham, for example, drew fire for having a nativity scene that involved Jesus in a cage and a wall keeping out the wise men.

Adding politics to preaching is a bad move when Americans are wary of trusting anyone in a position of authority following a year of endless scandals that caught everyone from Hollywood stars and bishops to journalists and politicians in their nets. With people’s trust in clergy members shaken, many Americans feel that pastors have no right to lecture them about controversial social issues much less during times that are meant to be dedicated to prayer. Clergy members may be experts on God’s word, but that does not make them experts on public policy. Besides, by taking an uncompromising stance on controversial issues, churches are all but guaranteed to alienate roughly half of their congregation and local community unless the church is incredibly homogenous.

Whether the clergy will manage to win back some of the lost trust of Americans in 2019 is uncertain, but there is definitely a long road ahead. Keeping controversial politics away from the pulpit and avoiding more scandals, however, would be an excellent start. As they say, if you find yourself in a hole the first thing you have to do is stop digging. 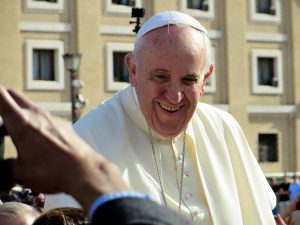