A school district in Massachusetts will no longer allow prayer at school-sponsored events, including graduations, as a result of complaints from one of the nation’s largest atheist organizations.

This decision came after a Christian minister publicly prayed for Canton High School’s 2018 graduating class during the commencement ceremony. Rev. John Tamilio III called on our “holy, loving, and most gracious God” to bless the graduating seniors, and that they would “serve others in service of you.”

In addition, he asked God to “bless these fine young men and women” and petitioned them to “consecrate all that they do [when they] venture into the future that You have carved for them.”

He also prayed that God would help them see “the entirety of their lives as a ministry of love, truth, courage and reconciliation.” He closed the prayer “in Your sacred Name, O Creator of All”

The Freedom From Religion Foundation promotes the separation of church and state and is dedicated to ensuring religion stays out of state sponsored events.

Fischer-Mueller complied and sent a letter to FFRF confirming that “steps have been taken to ensure that there will be no prayers or religious rituals” at any future graduation ceremonies or school-sponsored events.

If a school does not comply with FFRF’s demands, they risk facing a lawsuit

The group’s mission is to intervene in cases involving public religious expression. They were recently involved in a situation that targeted a Christian club at an Indiana Elementary School.

CBN News reported last month that a Michigan high school was persuaded to prohibit the prayerful activities of those supporting the sick child of a local football coach.

They were also involved in a situation involving prayers being said before football games. 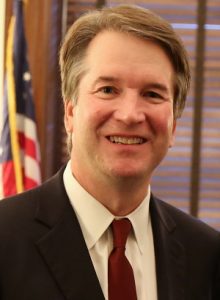