As God is increasingly removed from the public square and “separation of church and state” used to relegate religion to a private, hidden thing, Florida has reversed the trend in its school systems. Students across the state of Florida returned to school to find the state motto emblazoned on buildings in easily visible areas. “In God We Trust” will now be seen by students of all ages every day.

The new decorations in the Sunshine State are the result of a bill signed by Governor Rick Scott in March of this year. The bill states that “each district school board shall adopt rules to require, in all of the schools of the district and in each building used by the district school board, the display of the state motto, ‘In God We Trust,’…in a conspicuous place.”

In an unusual twist, the bill calling for the display of the state motto was sponsored by a Democrat, Representative Kimberly Daniels. In a break from her party’s usual push for an ever more secular society, Daniels stated that the motto “In God We Trust” is “inscribed on the halls of this great capitol and inked on our currency, and it should be displayed so that our children will be exposed and educated on this great motto, which is a part of this country’s foundation. Something so great should not be hidden.”

“In God We Trust” has been the state motto of Florida for 12 years, but it has been a part of the state’s history for far longer. The motto has been part of the Sunshine State’s flag since 1900 and was added to the state seal in 1868.

Florida is not the only state to call for “In God We Trust” to be returned to schools as a form of pushback against many lawmakers’ calls to remove any form of God and faith from schools entirely. Tennessee enacted a similar law in April that requires “In God We Trust” to be displayed in a prominent place such as a “school entry way, cafeteria or common area where students are likely to the see the national motto.” The motto can “take the form of, but is not limited to, a mounted plague or student artwork.” The law was approved by 81 of the 99 house members.

Both laws have been controversial, but the fact that they passed indicates that Americans are not interested in being forced to hide their religions as if they are something shameful. Even in an increasingly secular society, there is still a sense of connection and pride in the phrase that has appeared on American currency since 1864. 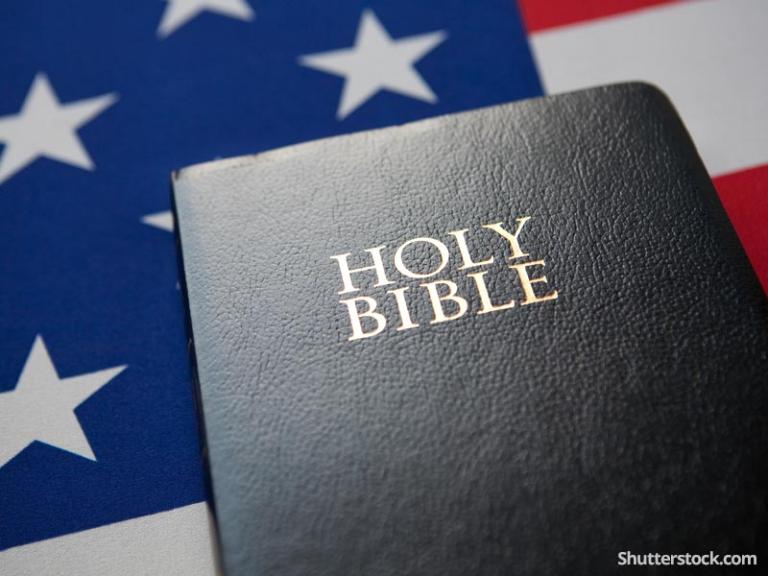 There is controversy within the Catholic Church after a prominent association of bishops raised moral questions about the newly approved Johnson & Johnson vaccine and a possible link to aborted fetal tissue. The U.S. Conference of Catholic Bishops claims the Johnson & Johnson vaccine is linked to cells derived from aborted fetal tissue, raising moral […]

President Joe Biden addressed the “political extremism” that inspired the U.S. Capitol riot and called for collective strength during these turbulent times in his remarks during the National Prayer Breakfast, the Associated Press reports. Biden said that faith is the prescription for the “dark, dark times” our nation is suffering through during the coronavirus pandemic […]