He’s just a kid – a university law student  – but K. Sudhagaran Stanley is using the tools he has, the Internet, to demand change for his homeland.

Last week, it put his life at risk — but he texted and Facebooked all the way through a dramatic confrontation with police in which the devout young Christian says God delivered him from angry police.

Stanley and thousands like him have been marching in the streets of Malaysia’s cities and sharing every moment of it on Twitter, Pinterest, YouTube, Twitter and the other social media – expressing a deep passion for their native Malaysia, a prosperous Pacific Rim republic in the South China Sea that shares the Malay Peninsula with Thailand and the island of Borneo with Indonesia.

While staying in touch on the Internet, Stanley took to the barricades with his friends — an estimated 50,000 of them in Malaysia’s capital of Kuala Lumpur as well as thousands more demonstrating at 85 locations in 35 countries the world.

But populist revolution has changed dramatically from Paris in 1789, Moscow in 1918 or even Tiananmen Square in 1989. Today’s protesters wield the Worldwide Web:  “Finally arrived in Kuala Lumpur,” Stanley posted on Facebook to friends and family worldwide as the protests began. “All set for tomorrow.”

He and other fervent activists had brought their iPads, Androids and Blackberries to text each move of a Malaysian protest movement called Bersih,  which in Malay means simply “clean,” and which demands electoral reforms in Malaysia.

In the public squares and at their keyboards – quite often at both at the same time – tech-savvy Malaysians called for an end to what they say are age-old inequities unfairly giving power to an entrenched elite favoring the nation’s majority Malays, slighting Malaysians of Chinese and Indian heritage, and completely denying a voice to millions of Malaysians  pursuing  careers abroad.

Three times now, the Bersih movement has taken to the streets to publicly call for a comprehensive reform of Malaysia’s electoral process. Protesters call themselves the rakyat or “ordinary people” and believe they can bring about peaceful, democratic change.

As protests spread last week throughout Malaysia, Stanley was in the middle of it – smartphone charged, his fingers texting away. He’s a devout Catholic who a year ago helped outwit Muslim bureaucrats trying to block the importation of Bibles into Malaysia.

“Receiving reports that hundreds have flooded Dataran Square now,” Stanley reported. “On my way there now.”

He was flooded with responses, such as, “Wish I could attend,” and “I’m impressed. The more they tighten security, the more people wanna go see.”

Minutes later, Stanley reported: “Thousands have gathered. Not in plan. It’s fantastic. The streets are full,” followed by a cryptic: “The streets r havoc…”

Later he explained to Beliefnet, “like every other Malaysian, I was there that day to demand free and fair elections. I was there because I personally had noticed how the government was trying to stay in power by cheating in the elections.”

He spotted government troublemakers within the crowd, who he described as “young Malay youths provoking the police and trying to start a fight with them. I drew closer to them and was surprised to notice that they were under the influence of alcohol. I then tried to calm them and advise them not to join in the provocation. The crowd was smart enough and distanced themselves.

“I was moved by the presence of mixed races that had united for the cause,” he told Beliefnet. “I was even more surprised to see thousands of Chinese Malaysians present there that afternoon. They were previously not interested in these things. I believe that they have finally come to realize how the government systematically oppressed their rights over the years and cheated on them. But Bersih has succeeded in breaking through those barriers and reuniting the races in Malaysia as ‘one family’ or Anak Bangsa Malaysia.

“Around 1:45 pm, we started to march together with the thousands of peaceful protesters towards Dataran Square.”

Friends and family followed Stanley as he texted worldwide live reports of what was unfolding. The day before, he had passed along rumors that the police would be wielding a new anti-protest tool, a “Long Range Acoustic Device” or LRAD, developed to create pain-inducing tones. “Bring earplugs for the rally,” had texted Stanley. “Pass the news.”

And now as thousands gathered, “everything has started ‘way before schedule,” he texted from within the crowd. “Thousands are on the streets now.”

A fellow marcher reported from Stanley’s hometown: “‎20,000 people already at the Esplanade in Penang. The people of Penang must show solidarity with the people of Kuala Lumpur. We are dealing with something bigger than all of us combined.”

Demonstrators texted back and forth comparisons to Bastille Day — when the French monarchy began to splinter. “Like the French on July 14, 1789,” tweeted one participant, “we Malaysians are calling for liberty, equality and fraternity. The people must rise up and join hands with all their Malaysian brothers across the whole of Malaysia and all over the world for free and fair elections.

Moments later, Stanley reported: “Believe it or not, over 50,000 people have flooded the streets of Kuala Lumpur. Just gave a speech and led the crowd into chanting ‘Bersih! Bersih! Bersih!’ Massive crowd. Never ever seen this many people in my life.”

A friend back home responded: “God’s blessing with u guys…salute u guys.” Another tweeted: “Victory is with us bro!”

Then things began to heat up. Later Stanley would recall, “Just as a small number of people succeeded in moving away the barricades and ran inside towards Dataran, tear gas was fired into the air. I was far away from the barricades at that time. The crowd was huge and unable to run. The tear gas was intentionally fired in front and at the back of us, preventing us from running away but to inhale the gas. I was choked, my eyes burning, my skin burning, I could not see.

“I thought of giving up and just falling on the ground, but something kept on telling me in my mind, ‘Run, run!’ and I knew it was Jesus. People were collapsing beside me, falling on the ground. It was terrible. The police did not stop but continued to fire more tear gas, some aimed directly at the protesters.

“To make matters worse, the light rail train system was shut down, the buses and taxis were not entering town, preventing people from moving out from the city. It was very clear that the police were just waiting for a reason to attack the peaceful protesters and not allow us to move out.

On the scene, Stanley texted: “Tear gas terrible. Difficult to breathe. The crowd has broken into large groups … Big chaos…. Teargas n water canon has been fired… I M hurt.”

A friend responded: “Take care! God is with you.”

Then there was silence from Stanley for five minutes until he texted: “The rally has turned violent. Police car just rammed into a protester on the street. The crowd is defending. Police have taken their guns out for warning. Situation here is terrible. Police car overturned by angry protesters.

“Police car just missed us. I ran for shelter and the car rammed into a building.”

Friends and family waited anxiously for news, but nothing came.

“It was chaos around the lanes leading to Dataran,” he told Beliefnet later. “Police were chasing after protesters and beating them up terribly. Whenever they managed to nab a protester, 10-20 police officers would be whacking the protester till he was knocked out. Journalists trying to record the incident were also beaten up and their digital equipment broken into pieces.

“There were also reports of lawyers being beaten up. The police were the gangsters and rowdies of the day. It was a horrifying scene to see protesters with blood on their bodies and faces, injured and being beaten by the police.”

Stanley took refuge in a restaurant in nearby Jalan Tun Perak. From there he posted: “I am trapped in restaurant. Over 20 policemen tried to break through to arrest me. I was threatened with violence. They’ re now waiting for me to come out.”

“We were there for a half hour when officers chasing protesters noticed me sitting inside, wearing a Bersih t-shirt. The restaurant owner had locked all the doors preventing anyone from entering. Around 20 police officers kicked the glass door and tried to break it open to get me.

“I was terrified. The anger and the evil looks on their faces was so clear that I started praying in my heart for God to intervene.

“They then shouted for me to surrender. I knew if I went out, I would be beaten to my death. I refused and went to the back of the restaurant. I accidentally opened the back door, thinking it was a toilet.”

Five policemen outside tried to rush in.

“I immediately tried to close the door. Five of them were forcing the door against me and managed to open it. They then entered to get me, but were distracted by a few other protesters outside the restaurant who were running away.”

So, in what Stanley cites as an act of God, the police chased after the running protesters “and the door was closed, locked. Thank God for that.

“I remained in the restaurant for about one hour before leaving. A tourist and other guests were terrified. There was even a reporter, but he could not take out his camera to snap pictures fearing that if the police got in, they would break his camera.

“For the first time ever, I felt scared in my own country.”

As he made his way back home to Penang, “I was so relieved to get away.”

And he had a word of defiance, which he posted on Facebook: “We have awakened and we demand change! We will no longer tolerate lies, injustices, corruption, abuses and evil acts. We will decide on the future of this country. The main call to free and fair elections must be adhered. We will continue to rise if the government fails to fulfill our demands.

“We are now stronger because we have united! United as one family. One Malaysian family!” 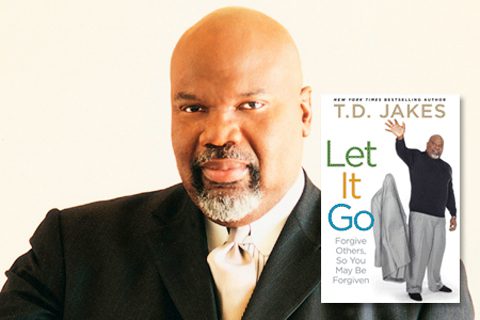 T.D. Jakes: It's time to forgive
archives most recent
More from Beliefnet and our partners
previous posts