The daughter of an Oral Roberts University trustee was pulled from the wreckage of a crashed small aircraft by a former U.S. Marine sergeant severely injured in the crash, who then helped her wave down help along a highway.

Three were killed in the crash, and former U.S. Marines Sgt. Austin Anderson, recently returned from two tours in Iraq, died after being airlifted to a Wichita, Kansas, hospital.

The five had been on their way to an Iowa youth crusade.

Hannah Luce, 22, was critically injured and admitted to the University of Kansas Medical Center in Kansas City, Kansas. She is the daughter of ORU trustee Ron Luce, the founder of Teen Mania Ministries, which was conducting this weekend’s “Acquire the Fire” rally in Council Bluffs, Iowa.

Annually, more than 100,000 teenagers spend weekends at the ministry’s events. The Iowa crusade was part of the “Normal’s Not Enough Tour” in 25 cities.

In a statement to the press, Teen Mania founder Luce asked for prayers for the families of those killed: pilot Luke Sheets, 23, of Ephraim, Wis.; and former  Austin Anderson, 27, of Ringwood, Okla.; Garrett Coble, 29, of Tulsa, Okla.; and Stephen Luth, 22, of Muscatine, Iowa.

Coble was a professor at Northeastern State University in Broken Arrow, Okla., and had served on 15 Global Expeditions missions trips for the youth outreach.

Hannah and Anderson were able to walk to a nearby highway and get help. However, both suffered severe injuries and were evacuated by air to hospitals. Luce is listed in serious but stable condition, suffering from burns on 28 percent of her body.

Anderson  had served two tours of duty with the U.S. Marine Corps in Iraq. He died from his injuries on Saturday. He had recently graduated from Oral Roberts University with a degree in business administration.

Teen Mania founder Ron Luce described all those on board the plane as “committed Christians who had a passion to reach the younger generation with the life-changing message of Jesus Christ.”

“We are so saddened by what has happened and ask for all those who have been touched by this ministry in some way to rally around the families of all involved in the crash, especially the four young men who passed away. Please lift them up in prayer, and ask for the Holy Spirit to surround them with God’s love and peace,” Luce said. “They all had a heart for this generation, and were passionately pursuing God’s call on their lives.”

The Kansas Highway Patrol reported that Sheets, Coble and Luth died in the crash. The National Transportation Safety Board said the twin-engine Cessna 401 went down around 4:30 p.m. Friday northwest of Chanute, Kan. NTSB spokesman Peter Knudson told the Tulsa World newspaper the eight-seat plane caught fire after the crash.

“The plane lost contact with air traffic control after getting permission to descend to a lower altitude,” Knudson said. “After that, there was no further communication.”

Brooke Ninowski, who recently graduated from ORU, told the Associated Press that Anderson had been her brother’s college roommate and Luth had dated one of her best friends.

“They were guys who stuck to their morals and it showed through their character, and how they treated people,” she said. “They thought of others first.”

ORU President Mark Rutland asked the university community to pray for Luce and remember those who were killed. He said Coble was a former business instructor at the school.

“The entire ORU community grieves for the families of the ORU graduates who lost their lives in this tragic plane accident,” Rutland said. “May God grant them peace and they reflect on the precious lives that were so dear to their hearts. We continue to pray for those who are recovering.” 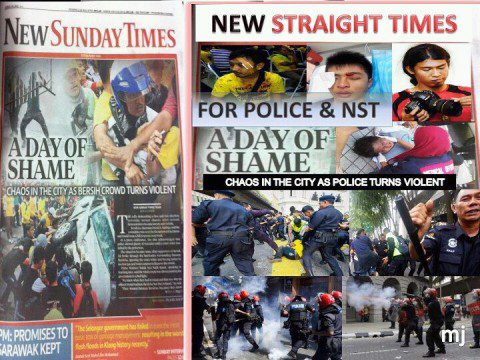