The Ottawa Senators Women’s Bantam AA hockey team which is composed of all 14 year olds earned the Spirit of Sport Story of the Year for their resolve and bravery. Less than halfway through their 2010-2011 season one of the team’s defensive players, Daron Richardson took her own life. The tragedy was overwhelming for the remaining 16 team members who instead of throwing in the towel hit the ice winning four gold and four silver medals in nine tournaments.  The team then went on to take the silver medal at the provincial championships.

In one report, the team’s coach, Bruce MacDonald said that the girls didn’t want to let Daron down and they knew that moving forward is what she would want them to do.  He also said that the girls played with a level of sportsmanship that truly made him proud.

These young ladies’ dedication and desire did not end on the ice.  Daron’s teammates joined other volunteers to participate in the Do It for Daron (D.I.F.D.) campaign as well.  D.I.F.D. is a youth-driven program that focuses on raising awareness and inspiring conversations centered on youth mental health.  The organization was created by friends and family of Daron and is inspired by hope for a future where youth will reach out for help without shame or fear. 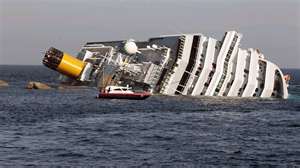