A young Boston couple’s domestic quarrel in a Burger King restaurant went very public Wednesday after an eavesdropping diner put onto Twitter a blow-by-blow account of their verbal exchange — which was picked up by the British tabloid newspaper, the Daily Mail.

“I am listening to a marriage disintegrate at a table next to me in this restaurant. Aaron Sorkin couldn’t write this any better,” tweeted diner Andy Boyle, a web developer for the Boston Globe newspaper. “These kids must be 21, tops. His main complaint? She doesn’t clean the dishes when his mom asks her to.”

Boyle periodically sent his Twitter followers photos of the quarrelling couple, one of which which the Daily Mail published — taking eavesdropping to a new level with a not-so-subtle warning to us all. With the advent of the social media, cellphone cameras and the Internet, nobody’s lives are very private any more.

“She is sobbing quite loud. He gets up and walks out. She stays. We all feel quite awkward. Do we console her? No one does anything,” tweeted Boyle.

“He is back. She is telling him she didn’t cheat. He doesn’t believe her. He says he loves her anyway. He sits. We are more calm.

“Another unrelated couple, who has been giving me the ‘can you believe this?’ look, is hugging each other in response to this drama.

“‘Baby,’ he says. ‘I only say these things because I want you to be a better wife.’ The restaurant does not believe him.

“She thinks it is unfair that he gets to play video games and she has to clean when ‘his mother’ tells her. We agree.

“‘If you loved me,’ he says, ‘you would want me to be happy.’ We notice his argument is not swaying her.

“‘I don’t want to hear it!’ she shouts. The tables are turned: She is now accusing him of lying, of what we do not know.

“‘Why did you even marry me?’ he asks. ‘Because I loved you,’ she responds. ‘Loved me?’ We all notice the past tense.

“Apparently they both think the other cheated because of missed phone calls on occasion.

At that point, Boyle recorded a audio segmend of the quarrel and posted it on Twitter. He then continued the detailed account:

“‘I am a gentleman,’ he says. She stands up at his audacity and states out the window. Someone’s phone on speaker is blocking their chat.

“‘Go!’ she says. ‘Run away like a scared little boy!’ He continues sitting, eating his fries.

“She has moved to another table, still facing him.

“‘Let’s go outside,’ she says. ‘Why? Let’s do this here. Everyone needs to know what kind of a wife you are.’

“He is now critiquing how she dressed at a party recently. ‘I like dressing like that,’ she says. ‘I get to decide how you dress,’ he says.

“He is now swearing a lot, mentioning something about cutting his hand in the dishwasher (?) and that’s why he shouldn’t clean dishes.

Boyle tweeted that the argument continued as the husband told his wife if she loved him she would wash the dishes when asked to so he would not have to interrupt his video game playing.

The husband also told his wife he should decide how she dresses, according to the tweets.

After storming out of the Burger King for a second time, Boyle said the couple begrudgingly embraced and left the restaurant.

“‘Their chair is now empty, just like the love in their marriage. With this, I depart,” Boyle concluded. 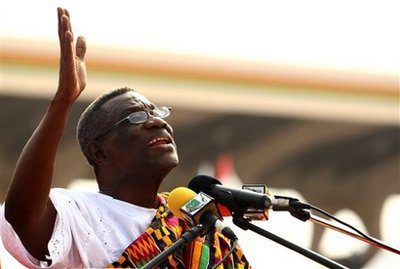