Crosses in every room at Washingon D.C.’s Catholic University of America are a human rights violation that prevent Muslim students from praying.

That’s the complaint to the Washington, D.C. Office of Human Rights filed by a professor from rival George Washington University across town.

GWU Law School Professor John Banzhaf takes the Catholic institution to task for acting “probably with malice” against Muslim students in a 60-page complaint that cites “offensive” Catholic imagery all over the Catholic school, which he says hinder Muslims from praying.

Baffled Catholic University officials say they have never received a complaint from any of the schools Muslim students.

Banzhaf, who already has a pending lawsuit against the university over ending its policy of allowing mixed-gender dormitories and has a history of filing civil rights suits on such topics as childhood obesity and smoking, filed the complaint alleging that Muslim students are not given their own prayer rooms.

He alleges that the university, “does not provide space – as other universities do – for the many daily prayers Muslim students must make, forcing them instead to find temporarily empty classrooms where they are often surrounded by Catholic symbols which are incongruous to their religion,” according to the Tower, Catholic University’s student newspaper.

The complaint further objects that Muslims must pray at the school’s chapels “and at the cathedral that looms over the entire campus – the Basilica of the National Shrine of the Immaculate Conception.”

A spokesperson for the human rights office said they are investigating Banzhaf’s complaint — and the inquiry could take as long as six months.

“This attorney is really turning civil rights on its head,” observed Patrick Reilly of the Cardinal Newman Socity. “He’s using the law for his own discrimination against the Catholic institution and essentially saying Catholic University cannot operate according to Catholic principles.”

The complaint is absurd, writes Thomas Peters on the website CatholicVote.

“Can you imagine a law professor helping Catholic students to sue a Jewish or Muslim school to demand that the schools install crosses, remove their religious symbols, and allow the Catholics to construct a chapel on their property?” wrote Peters. “Can you imagine the argument being that Jewish and Muslims schools using their religious symbols and following their faith traditions would be described in the legal brief as “offensive”?!

“Normally I would have confidence that this lawsuit will be deemed without merit, but the way things are going these days, I just can’t be sure anymore. Simply incredible.” 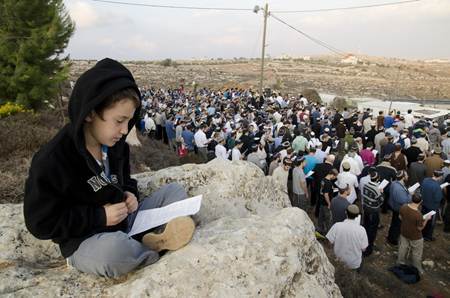 3,000 pray against town's destruction
archives most recent
More from Beliefnet and our partners
previous posts