The Glorious Path of Belief

I dropped by a friend’s house the other day and my senses were bombarded with the excitement radiating through her house. In her living room she had a stage area set up with six or seven instruments just waiting for a jam session. Her bright and glorious artwork–which she painted herself–covered the walls. She was happy and energetic–wearing a tie-dyed outfit and bouncing with joy. Just seeing her made me want to do something creative.

My friend–her home and her life–is quite a contrast with what I knew six years ago. Back then she was busy doing the things she thought was expected of her instead of what she truly wanted to do. Most times she looked bored or tired. I remember her saying to me, “This is not what I pictured for my life,” and I understood because that was how I felt, too.

So we started a journey together. We read some books. We started talking.  We realized that life would give us what we expected of it. If we continued to just let our days drift on by–living the status quo– we would continue to get the same kind of days again and again. If, instead, we decided what we truly wanted, and started expecting to receive what we wanted, things would change. It was almost comical how different our dreams were–I wanted a little house in the country and a pony–she wanted jewelry, great clothes, and excitement! We both, however, wanted to perform in front of an audience…and often. Here we are–six years later–living the life.

I believe in the power of belief. I believe it so strongly that it leaks all over the place. My Facebook friends–some I have never met–see photos of my vision boards and hear stories of how my dreams are coming true day after day. Recently one of those Facebook friends, inspired by my vision boards, created a vision album with photos of all the things she wanted in her future. Then she followed up on those dreams with some movement. She enrolled in dance class and went to some acting auditions. I’m so proud of her.

Six years ago I needed my friend to tell me it was okay to dream. I needed her to hold my hand and step forward with me. Sometimes we just need permission to want. Many times we believe the lie that good things are for other people.

Mixing gratefulness for the now with happy anticipation of better things to come is a powerful chemical formula bound to explode with wonderful results.  Today I will let my imagination soar with new creative possibilities and maybe I’ll get the chance to encourage someone else to step forward with me on this glorious path of belief. 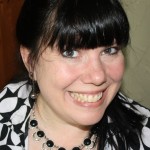 Life is Just a....Cake Walk?
archives most recent
More from Beliefnet and our partners
previous posts