I just read a fabulous article about a 17-year-old girl, Arina Shestopolov Censor, who saved a man’s life when missiles fell near her home at Beer-Sheva, Isreal,  on August 20. Arina and her father heard the cries of Lior George and rushed from their building to see if they could help. Lying between them and Lior, however, was Nati Hachakur who had been seriously injured. Arina’s father could not find Nati’s pulse and Nati would not open his eyes so the father went on to help Lior. But Arina–who sprinted out after her father–saw Nati open his eyes so she stopped. She had no first aid training but her father had shown her a book about emergency situations five years ago when she was twelve, and the images floated to the surface of her mind. Using some cloth and a stick she formed the tourniquets which saved Nati’s life.  As acknowledgment to her heroism, the president of Ben-Gurion University of the Negeva has presented Arina with a scholarship.

I like to pretend that if I were in a similar situation, I would be as level-headed and act as heroic as this young lady. But, let’s face it, I’m not a calm and collected emergency girl. I’m the young mother who picks up the vomiting two-year-old and then can’t decide where to take the spewing child so I spin in circles..making the child more ill and covering the *entire* room with vomit. I’m the wife who–after seeing how her husband has cut his arm badly with a garden tiller–runs back and forth, multiple times,  from the husband to the truck asking the injured man what to do. I’m the farm girl who chases the big black snake away from the rabbit area screaming to the nine-year-old daughter to “HELP!” but with no clue how she could do so.

It’s especially amazing that Arina was able to act so decisively because she is young and doesn’t have a series of life experience memories to pull from when faced with a new situation.  Yet I’ve been a mother for twelve years and faced countless childhood mishaps and still can’t figure out what to do with a child who skins his knee. My brain goes numb.

I can, however, walk on stage with 200 rowdy children before me and command their attention within two minutes….and I can have three different foods cooking at the same time and get them all to the table at the same moment with nothing under or over cooked….and I can calm a rabbit enough to let me check if it’s a boy or girl!

And so I think it best I not compare myself with Arina nor should I compare others to myself, but instead I will keep in mind those brilliant words from…well…that brilliant man: “Everybody is a genius. But if you judge a fish by its ability to climb a tree, it will live its whole life believing that it is stupid.” –Albert Einstein 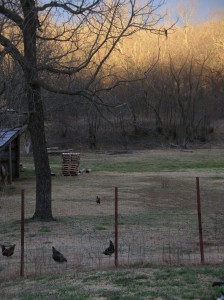