The Anatomy of Letting Go 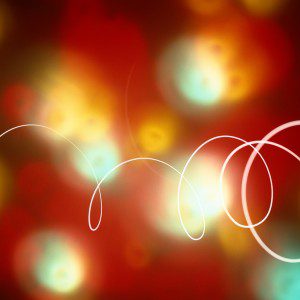 On Friday, I was challenged with a disappointment. I wanted something and it did not happen. The strong emotions that accompanied this “loss” illustrate the factors that give rise to attachment and the ways in which we can let go.

I had a plan. That’s good; we need plans. Something came up. This is the case with life. My plans had to be altered. First a little, then a lot. The little bits were easy to accommodate. I would arrive late at my destination but I would not miss the reason for traveling to this destination in the first place.

As the annoying but necessary distraction persisted for two, three, four, and finally five hours, the goal itself was being threatened. I would have to rush my preparation for departure (which was also thwarted by the unexpected distraction) and then make great time on a four-hour drive. Trouble was the afternoon was wearing on and I would now have to drive through evening rush-hour traffic. Rush-hour is something of a joke in VT but, still, it would slow things down.

What did I feel? An increase in pressure, distractibility, and irritability. I had moved from a pleasant anticipation for my trip to a dreadful internal narrative suffused with suffering. There is a direct correlation between the degree to which we are attached to an outcome and the intensity of suffering that we feel.

I finally sat down and realized that “all was lost”; the goal would not be reached. Once I realized this, calm set in. I was able to accept because that was the reality of the moment.

It all seemed very important in the moment. My emotional brain–the limbic system–was convinced of this. It urged me forward, pressing against circumstance to reach my goal. Once the goal was unattainable, something shifted.

My emotional brain then wanted to go to grief, to mourn this “loss.” Yes, something was lost but the important question was whether this was important. In a narrowly focused perspective, it might be seen as critical. Yet, when the lens of zoomed out to a broader perspective, it is put in its proper place.

All emotions like all volatile compounds have a half-life. Experience has shown me, and wisdom confirms, that the event experience today will bother me less tomorrow. By the day after tomorrow (which is today), it may not bother me at all (and it doesn’t).

New and wonderful experiences have come to fill its place. I have moved back into a qualitative appreciation for life and wrested myself away from the greedy, quantitative place I was on Friday.

What was so important? I was on my way to Kripalu to spend the weekend with the poet David Whyte (me and 200 other people). I will post about this experience later. I missed the Friday evening opening session. That was the big deal that caused all the drama. By Saturday afternoon, I had forgotten all about it. The wonderment of the moment had erased all sense of regret. I had arrived into now.

Here is a summary of the process for letting go. Lessons learned from resisting reality.