The Mindful Brain: Hype or Hope 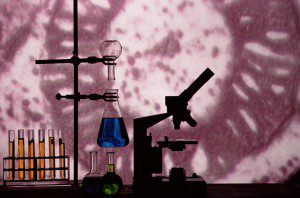 A recent New York Times Sunday Review opinion by Alissa Quart rails against the misuse of neuroscience. The brain is a hot topic and like anything, I suppose, will succumb to popularization and misrepresentation.

I was glad to see that mindfulness was not on the list of tenuous neuroscience appropriator’s. There is a lot of exciting brain research being conducted on mindfulness meditators in a number of different labs. Off the top of my head, I am aware of research being conducted at Harvard, Brown, University of Wisconsin at Madison, UCLA. There are many others. The NIH is funding studies and this area of interest is burgeoning. I think that’s a fair statement.

While mindfulness research is burgeoning, promising, and exciting it is still in relative infancy. Studies show demonstrable effects from meditation practice and not all studies show the same effects. The research has a long way to go. What we do know is that meditation changes the brain. That sounds very sexy but bear in mind that anything we do will change the brain. London taxi drivers have beefed up hippocampi (the part of the brain responsible for, among other things, memory of place).

I am sure mindfulness proponents, myself among them, have sometimes oversold the findings of research. Science is a slow, accretive process. It moves at a glacial pace of discovery–too slow for our impatient sound byte culture. Neuroscientists barely understand the brain despite decades of research and thousands of researchers conducting this research.

Why is this so? Simple. Their subject matter–the human brain–is the most complex thing in the known universe. It’s going to take a while to figure it out.

The general public has a poor understanding of what science actual entails and as a nation we have poor scientific literacy (as Ira Miller laments in “Epistemology?”). What we see of science in the movies and television is a misrepresentation. It is mostly boring, tedious work.

Science cannot prove anything. This is a fundamental misconception about science. A study that finds a link between two things is a step in the direction of building a theory or an approximation of what might be the truth. Yet, it doesn’t prove anything because tomorrow there may be a study that finds something completely different. Science can disprove hypotheses. If a sufficient amount of well-conducted studies fail to find a link, science can say with confidence that link doesn’t exist.

The public wants reality to conform to black and white, cut and dried notions of truth. The reality is something far more messy and grey. Scientists must interpret the data they collect. The data does not usually speak for itself. Different scientists may see different things. All studies have design flaws. As in any discipline, there are always frauds. Yet, there is no better process for figuring out our world. We can send probes to Mars, discover subatomic particles, and a endless list of other accomplishments.

I have little patience for science deniers and critics. They are selective. Richard Dawkins said, and to the point and I paraphrase, “show me a creationist at 40,000 feet and I’ll show you a hypocrite.” You can’t deny science on the one hand and trust it on the other.

Back to mindfulness. The findings coming out of mindfulness-related brain research labs are encouraging. Mindfulness meditation is affecting the parts of the brain we would expect it to affect–like the part of the brain that monitors the body (after all, mindfulness is a process of paying attention to the body). The work will continue and these intrepid explorers will piece together a useful narrative out of the myriad data.

They will show us that meditation is good for our brains. They may even figure out why. This may lead to shortcuts and as Quart pieces suggests, we all love shortcuts. But for now, the only way to get the benefits is to get your butt on the cushion or get your body moving with some walking meditation (that may not be such a bad idea after all the indulgences of the Thanksgiving Holiday).