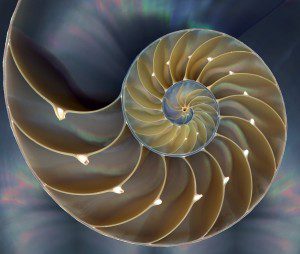 A while back, I was reminded of NPR’s Three Minute Fiction Contest and decided to submit an entry. Given the election season, the theme was presidential–real or fictional and the piece was limited to 600 words (so it could be read in three minutes).

“We made it. After six weeks and nearly 4,000 stories, we’ve reached the end of Round 9 of our Three-Minute Fiction contest, where we ask listeners to come up with an original short story that can be read in about three minutes.”

I didn’t win, but it was fun to write (and hard to write in the confines of 600 words). Below is my submission entitled “Epistemology?” On the NPR website, selected entries were accompanied by an image reflective of the content of the story. How does one represent the concept of epistemology with an image?

There is nothing about mindfulness in this story but it ties in with the themes presented in my past couple of entries on science and pseudoscience. If we all had education in epistemology and were developed in this vital intellectual arena, there wouldn’t be films like “The Cure is …” and “The Secret.” There would be no market for them. Unfortunately, the wild popularity of the Secret is a testament to the dismal level of epistemological development and scientific literacy in this country.

While in graduate school, I spent a couple of years working on a curriculum development project in the sciences with the goal of increasing scientific literacy. It’s harder than you might think because it is not just about facts it is how we relate to facts. Not what we think but how we think. This issue was also important to the hero of my story.

Ira had been a neuroscientist or, more precisely, a neurotheologist—studying the brains of people having religious experiences. He had these experiences himself—a sense of coherence, clarity, and connection—that most people would attribute to a god. He understood them as a synchrony between regions of his brain, such as the limbic system and the temporal lobes. The growing tide of religious fundamentalism in the country disturbed him. Publishing articles in scientific journals wasn’t going to make an impact. Politics might. Much to the chagrin of his department chair, he left his Princeton professorship for a political career.

His Presidency did not start well. The predominately Republican congress was hostile to his left-leaning politics and vocal about its intention to be as uncooperative as possible. Obama had it easy compared to what Miller faced. He was expected to lose the election in a landslide but his opponent, Robertson Moss, threw up on his shoes with yet another prostitution and misappropriation of campaign funds scandal. Miller backed into office.

At his first State of the Union Address, the President moved to the podium to polite applause. “My fellow Americans, I have a confession. During my inauguration, I swore to god that I would uphold this office. I lied. I will uphold the office and I don’t believe in god—I am an atheist. Today, atheists are the only group that we still openly discriminate against. America needs better epistemology.” A rumble went through the audience as members of congress repeated “epistemology” to themselves and their immediate neighbor, as if it was the first time they had ever heard this word.

“Today, I am sending to Congress the Epistemology Education Act that provides funding for teaching young people not just what to think but how to think critically. America should have a scientific literate population.” He knew this Act would never pass. Its declaration was to be part of his political legacy (in what he expected to be a one-term presidency).  He moved on to the things he could change—executive privilege actions. “I have created a new Cabinet post for Secretary of Epistemology and appointed Stephan Marx, The Richard Dawkins Endowed Chair of Epistemology at MIT (Dawkins was notorious for writing the God Delusion, banned in thirty-four states). I have issued executive order 357 revoking the tax-exempt status of all religious institutions. This will put billions in ailing state treasury coffers; New York City alone loses $627 million in property tax revenues annually.”

For what seemed like a long moment, mouths hung agape. Jonas Wagner, R- West Virginia, was the first to break the silence, “You’ll burn in hell, blaspheming, heathen.” In the ensuing tumult of slurs, insults, and condemnations, Silas Proudworthy, R-Arizona, headed towards the podium. He was stopped by the Secret Service but his movement started a cattle stampede they could not contain.

President Miller did not flinch. He continued, “America will govern by reason, not partisanship, will be informed by science, not ignorance.” The lasts words he uttered before the mêlée was upon him were, “Irrationality will not be tolerated.”

Brent Thornwood, R-Kansas, reached into his suit jacket pocket and withdrew the hand-carved, illegally poached, ivory letter opener received as a gift from an African evangelical minister. He plunged its sharp point into Miller’s neck, severing the carotid artery.

In the aftermath of the assassination, the members of congress who rushed the President were placed under house arrest; the remaining congress passed the Epistemology Education Act.

read next post
Science Trumps Pseudoscience: The Hidden Wonder of Connective Tissue
archives most recent
More from Beliefnet and our partners
previous posts