“The Revolution Will Not Be Televised”

Gil Scott Heron died yesterday, the poet and musician most known for his composition, “The Revolution Will Not Be Televised.”

The context was different in 1970 when he made this recording; he was speaking to a social revolution, for civil rights, for waking up out of complacency. He wasn’t speaking of an internal revolution, or was he?

In an interview Gil Scott Heron said, “The revolution starts in your own mind.”

Here in 2011, the revolution will likewise not be televised and it will start in your mind.

Some of the lyrics seem just as relevant today; the issues are relevant too. We are asleep to racial, gender, and economic inequality; we are asleep to environmental degradation. We are hypnotized by the television into complacency.

Want to be in the driver’s seat of your life? Practice mindfulness. Want to be a revolutionary? Pay attention to you own experience so much so that you can come to trust it more than the commercials you see on TV. The revolution will NOT be televised.

It starts right here and right now. It starts and ends with your next breath and begins again with the one after that. It continues all day, everyday, for the rest of your life.

Listen to the Revolution Will Not be Televised for yourself: 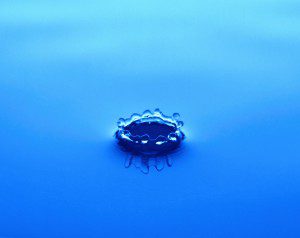 Meditation Made Simple: Seven Considerations to Get You Going :: Part One: You Already Know How to Meditate
archives most recent
More from Beliefnet and our partners
previous posts