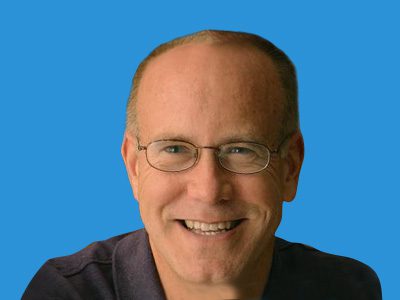 The Rev. Dr. Mark D. Roberts is a pastor, author, retreat leader, speaker, and blogger. Since October 2007 he has been the Senior Director and Scholar-in-Residence for Laity Lodge, a multifaceted ministry in the Hill Country of Texas. Before coming to Laity Lodge, he was for sixteen years the Senior Pastor of Irvine Presbyterian Church in Irvine, California (a city in Orange County about forty miles south of Los Angeles). Before his time at Irvine Pres, Mark served on the staff of the First Presbyterian Church of Hollywood as Associate Pastor of Education. (Thanks to Janel Pahl for taking the photo to the right.)

Mark has written several books, including No Holds Barred: Wrestling with God in Prayer (WaterBrook, 2005), Dare to Be True (WaterBrook, 2003), Jesus Revealed (WaterBrook, 2002), After "I Believe" (Baker, 2002), and Ezra, Nehemiah, Esther (Word, 1993). His most recent book is Can We Trust the Gospels? Investigating the Reliability of Matthew, Mark, Luke, and John (Crossway, 2007). He is currently working on a commentary on Ephesians that will be published by Zondervan in 2014.

Mark writes a devotional for The High Calling of Our Daily Work, a website associated with Laity Lodge. His "Daily Reflections" can be viewed online or sent as a daily email. If you wish to receive this email, just visit TheHighCalling.org and sign up.
Mark serves on the editorial board of Worship Leader magazine, where he publishes articles and reviews, including his regular column "Lyrical Poetry." Additionally, he has published dozens of articles in leading magazines and journals. He often speaks for churches and other Christian groups, and has been interviewed on over seventy-five radio programs nationwide.

Mark is married to Linda, who is a Marriage and Family Therapist, a Spiritual Director, and a retreat speaker. They have two children, Nathan and Kara.For Publicity Photos and Bio Statements for Mark, please check here.

M.A. in the Study of Religion Harvard University, 1984.

Can We Trust the Gospels? Investigating the Reliability of Matthew, Mark, Luke, and John. Crossway, 2007

No Holds Barred: Wrestling with God in Prayer. WaterBrook, 2005

Dare to Be True: Living in the Freedom of Complete Honesty. WaterBrook, 2003.

Jesus Revealed: Know Him Better to Love Him Better. WaterBrook, 2002.

You can reach Mark at:

By Mark D. Roberts
In this series on the death of Jesus, I have presented four different perspectives on why Jesus had to die: Roman, Jewish, Jesus’, and Early Christian. I believe that each of these points of view has merit, and that we cannot fully understand the necessity of Jesus’ death without taking them all into account. But…

By Mark D. Roberts
Can We Find God in the City? Psalm 48:1-14 Go, inspect the city of Jerusalem. Walk around and count the many towers. Take note of the fortified walls, and tour all the citadels, that you may describe them to future generations. For that is what God is like. He is our God forever and ever,…

By Mark D. Roberts
An Act and Symbol of Love Perhaps one of the most startling of the early Christian interpretations of the cross was that it was all about love. It’s easy in our day, when crosses are religious symbols, attractive ornaments, and trendy jewelry to associate the cross with love. But, in the first century, crucifixion was…

Why Did Jesus Have to Die? The Perspective of the First Christians, Part 2

By Mark D. Roberts
The Means of Reconciliation In my last post, I examined one of the very earliest Christian statements of the purpose of Jesus’ death. According to the tradition encapsulated in 1 Corinthians 15, Jesus died “for our sins in accordance with the scriptures” (15:3). Yet this text doesn’t explicate further the way in which the death…
back to index archives
search this blog
SUBSCRIBE:
More from Beliefnet and our partners
Close Ad