Check out these stories:

Rachel Moltner sued Starbucks because she spilled a cup of Starbucks tea on herself, causing burns and related problems. She sued for $3 million, arguing, among other things, that Starbucks should have warned her that the tea might spill. Ms. Moltner was 76 years old when she burned herself. Presumably she might have learned earlier in life that a cup of liquid can spill.

A new law in the City by the Bay requires that toys can only be given with children’s meals if they meet certain nutritional standards. The meals must “have less than 600 calories, contain fruits and vegetables, and include beverages without excessive fat or sugar.” McDonald’s could make this change, but then they’d have to call them “Sad Meals.”

In an effort to keep kids from hurting their teeth and overall health, a couple of dentists in Philadelphia offered to pay $1 a pound for Halloween candy. The candy will be sent to troops serving in Afghanistan and Iraq. What a noble and creative move! I wonder if these dentists would be willing to buy up Happy Meal toys.

Okay, so don’t run down to your nearest Domino’s to apply. This job is in Toyko, and there’s just one of them, for one hour. This is part of Domino’s celebration of its 25th anniversary in Japan. Note to Rachel Moltner: Eating piping hot pizza right out of the oven can burn the roof of your mouth. 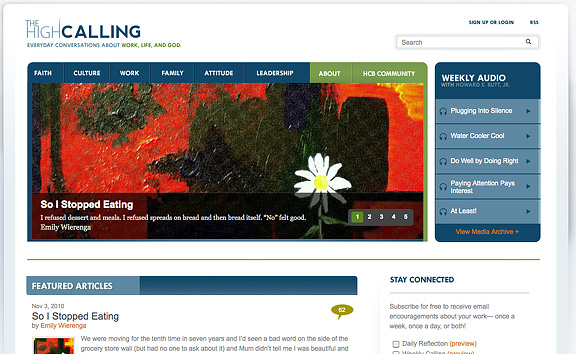 What Do Anorexia Nervosa, Zombies, Ambition, and a Tractor Seat Have in Common?
archives most recent
More from Beliefnet and our partners
previous posts