Okay, I’ll admit that my headline is more suitable for a tabloid than my blog. But, hysterics aside, what I’ve just proclaimed is true. The Bible was cut out of the film version of Harry Potter and the Deathly Hallows.

To be more accurate, I should say that the biblical verses included in the book were not carried over into the film. That’s right. The Bible was quoted in J.K. Rowling’s text of Harry Potter and the Deathly Hallows, in two crucial places, in fact. But these quotations did not show up in the film in a recognizable way.

Allow me to explain. (What follows will include some spoilers.) In Chapter 16 of Deathly Hallows, Harry Potter and his sidekick, Hermione Granger, find themselves in a church graveyard on Christmas Eve. Here, they discover the gravestone for the mother and sister of Albus Dumbledore, former headmaster of Hogwarts. On this stone, which includes the names “Kendra Dumbledore” and “Her Daughter Ariana,” there is a quotation: “Where your treasure is, there will your heart be also” (p. 325). Sound familiar? That is indeed a quote from the Bible. In Matthew 6:21 of the King James Version, Jesus says: “For where your treasure is, there will your heart be also.” One certainly wonders how Albus Dumbledore and his brother Aberforth knew these words of Jesus and valued them so much as to put them on the tombstone of their beloved mother and sister. But, alas, Rowling never tells us. This stone with its biblical quotation does not show up in the movie at all.

Yet there is another gravestone that does feature more prominently in both the book and the film. It is the stone memorializing Harry’s parents, who were murdered by the evil Lord Voldemort. In the novel, their gravestone includes both of their names, James Potter and Lily Potter, along with their dates of birth and death. Beneath this information is found an inscription: “The last enemy that shall be destroyed is death” (p. 328). This is a direct quotation of 1 Corinthians 15:26 in the King James Version. In the film, this inscription appears to be present on the gravestone, but it is obscured by snow. I, at least, was not able to read it onscreen.

Plus, in the book, there is a tender bit of dialogue between Harry and Hermione concerning this line from the Bible:

Harry read the words slowly, as though he would have only one chance to take in their meaning, and he read the last of them aloud.
“‘The last enemy that shall be destroyed is death’ . . .” A horrible thought came to him, and with it a kind of panic. “Isn’t that a Death Eater idea? Why is that there?”
“It doesn’t mean defeating death in the way the Death Eaters mean it, Harry,” said Hermione, her voice gentle. “It means . . . you know . . . living beyond death. Living after death.” (p. 328)

But none of this appears in the film version of The Deathly Hallows. I’m not surprised. Nor am I hinting at some sort of conspiracy to mask the Christian elements in Harry Potter. Many of the finest elements of the novel don’t make it into the movie, understandably so.

But, I must say, I missed the ironic and telling richness of the graveyard scene. There are Harry and Hermione, in a churchyard on Christmas Eve, hearing a Christmas carol sung in the little church (in book and movie), reading gravestones that feature biblical quotations from St. Paul and Jesus. One might even wonder if the ultimate defeat of Voldemort might require someone to sacrifice his life for his friends, dying so they might live, so that the world might be saved from terrible evil. But that would be way too much Christianity for the Harry Potter books, don’t you think? 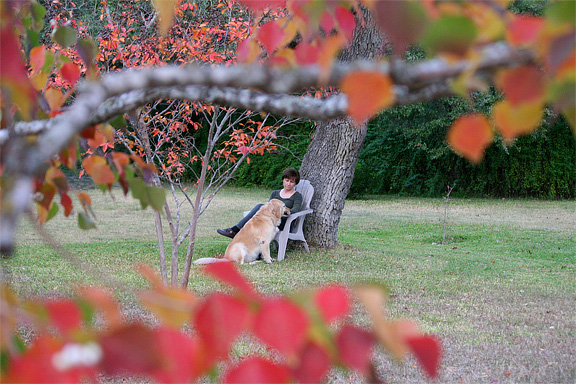