Echoes of Wisdom and the Divinity of Jesus: Part 1

One of the most influential theological movements in ancient Judaism was what scholars call The Wisdom Tradition. Beginning many centuries before Christ, faithful Jews began to pass along popular wisdom, such as we find in the biblical book of Proverbs. Throughout this book we find wise sayings of the sort popularized in America by Ben Franklin. For example, we find such pragmatic advice as:

Do not quarrel with anyone without cause,
when no harm has been done to you (Prov 3:30)
Do not enter the path of the wicked,
and do not walk in the way of the evildoers (Prov 4:14).
A slack hand causes poverty,
but the hand of the diligent makes rich (Prov 10:4).

But there was another strand woven through the fabric of the Wisdom Tradition, a more theological and reflective fiber. Some of the Jewish sages, besides passing on practical guidance, began to meditate on the very nature of wisdom, which for them meant divine wisdom. These meditations were enshrined in poetry narrated by God’s wisdom who was pictured as a female companion of God. In Proverbs 8, for example, we read:

Of course the monotheistic Jews who penned and read these lines didn’t picture Wisdom literally as a female god separate from the Lord. But in the creative freedom of their poetry, they waxed eloquent about the feminine glory of God’s wisdom. The Hebrew word for wisdom, chokhmah, is a female noun, much as in Spanish (la sabiduría) or French (la sagesse).

In post-biblical Wisdom Tradition, Wisdom was increasingly pictured as a female consort of the Lord. We see this, for example, in books from the Old Testament Apocrypha, including the Wisdom of Solomon and the Wisdom of Ben-Sira (known also as Sirach or Ecclesiasticus). The Jewish sages believed, moreover, that Wisdom had come to dwell in Israel in the form of the Mosaic law or the temple. Thus the universal Wisdom of God found a place within the tradition and revelation of Jewish religion and theology. (Photo: A painting of Jesus as a teacher of wisdom: Tintoretto, “Christ in the House of Martha and Mary,” 1570-75)

The earliest Christians, along with other first-century Jews, were influenced by the Wisdom Tradition. You can see this clearly, for example, in the New Testament letter of James, whose advice giving sayings often sound a lot like those in Proverbs. Also, some of the sayings of Jesus contain distinct echoes of Jewish wisdom. One of the most striking of these echoes is found in Matthew 11:

“Come to me, all you that are weary and are carrying heaven burdens, and I will give you rest. Take my yoke upon you, and learn from me; for I am gentle and humble in heart, and you will find rest for your souls. For my yoke is easy and my burden is light.” (Matt 11:28-30)

Now compare this with a couple passages from the pre-Christian Jewish book of Sirach.

Come to [wisdom] will all your soul,
and keep her ways with all your might.
Search out and seek, and she will become known to you;
and when you get hold of her, do not let her go.
For at last you will find the rest she gives,
and she will be changed into joy for you.
Then her fetters will become for you a strong defense,
and her collar a glorious robe.
Her yoke is a golden ornament,
and her bonds a purple cord. (Sir 6:26-30)

Another chapter of Sirach pictures Wisdom as speaking for herself:

Come to me, you who desire me,
and eat your fill of my fruits.
For the memory of me is sweeter than honey,
and the possession of me sweeter than the honeycomb.
Those who eat of me will hunger for more,
and those who drink of me will thirst for more. (Sir 24:19-21)

Sirach goes on to identify Wisdom as “the law that Moses commanded us” (24:23), a point to which I’ll return later. The words of Wisdom in Sirach 24:19-21 are reminiscent, not only of Jesus’ invitation in Matthew 11:28 to “Come to me,” but also of his offer of living water to the Samaritan woman in John 4, not to mention his language in John 6, where he speaks of eating and drinking his flesh and blood. Like personified Wisdom, Jesus says, “Whoever eats me will live because of me” (John 6:57).

Surely it was no accident that Jesus echoed the invitation of divine Wisdom. His multifaceted offer in Matthew 11 – Come to me; I will give you rest; Take my yoke; Learn from me; My yoke is easy – is an intentional imitation of Wisdom. By using this language, Jesus was saying, in a sense, “What God’s Wisdom offers, I offer. What divine Wisdom provides, I provide.” So, though he did not say directly, “I am the incarnation of divine Wisdom,” his language pointed suggestively in this direction. Jesus wasn’t the traditional Jewish wisdom teacher who rhapsodized about God’s supreme Wisdom. Rather, he spoke as if he himself were Wisdom in the flesh.

In my next post in this series I’ll continue to pursue ways in which the connection of Jesus with divine Wisdom underscored early Christian belief in his divinity. 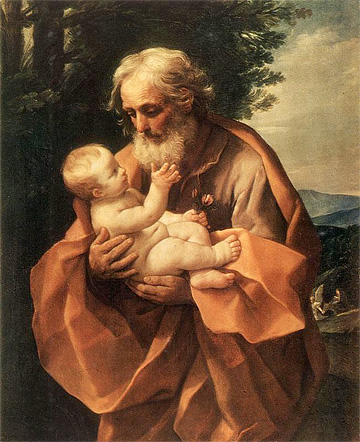 Who is the Savior? Part 2
archives most recent
More from Beliefnet and our partners
previous posts