Noteworthy News: Being Over 50 Isn’t So Bad!

Good News for the Over-50 Crowd

According to USA Today, “Daily stress and worry plummet after age 50.”  The Gallup Organization teamed up with Healthways Corp. to survey 340,000 adults concerning their psychological and emotional states. The report, published in Proceedings of the National Academy of Science, explains that “After 50 is when things start dropping off dramatically in terms of worry and stress,” according to one of the report’s authors. So, if you’re over 50, as I am, this is good news. If you’re under 50, sorry.

Even Better News for Some Over-50 Greeks 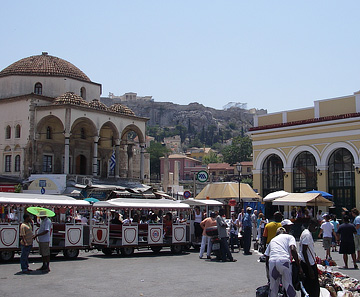 In Greece, the general retirement age is 65, at which time one becomes eligible for generous government support. But several professions receive a special dispensation because they involve health risks. Included among these professions are trombone players and pastry chefs (tough on breathing). Hairdressers can retire at 50 because of the chemicals they’re exposed to on the job. Masseurs in steam baths get the same benefit because of prolonged exposure to high temperatures. (And we wonder why the Greek economy is a mess!) The bad news for Greece is that people from other European countries that are currently bailing out Greece are not happy, since they have to work to 65 or 70 even if they are pastry chefs. (Photo: A marketplace in Athens, with the Acropolis in the background.)

One Man Over-50 Still Has Plenty of Stress, However

The Rev. Jeremiah Wright is 69 years old, but he has yet to graduate into the “don’t worry, be happy” season of life. Why? Because he’s unhappy with his former protégé, President Barack Obama. He recently complained: “No one in the Obama administration will respond to me, listen to me, talk to me or read anything that I write to them. I am ‘toxic’ in terms of the Obama administration . . . . I am ‘radioactive,’ sir. When Obama threw me under the bus, he threw me under the bus literally!” Wow! Literally? I wonder if Rev. Wright is using “literally” in a figurative way? Whatever one might think of the President and his relationship to Jeremiah Wright, it seems to me that the Reverend rather dove under the bus all by himself. (I do not mean that literally, by the way.) Self-guided bus-diving would add to one’s stress and worry in life, however. 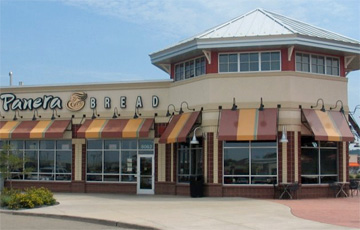 Noteworthy News: A Bold Experiment in Generosity
archives most recent
More from Beliefnet and our partners
previous posts