Finally, three more photos of New York City. I’ve never seen anything like these before, anywhere.
First, an M&M rainbow from the M&M store on Broaday. You don’t get those colors in your normal bag of M&Ms. 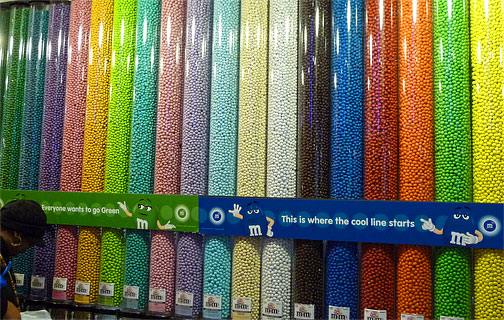 I saw the following sign in a classroom at NYU, during a college tour. The Threshold of Hearing is the lowest level at which human beings can hear sounds distinctly. It’s represented by the lowest line in the graph. Normal speaking volume is represented by the blue “peanut.” Personally, I think this sign represents wishful thinking at best, because New Yorkers tend to speak loudly. 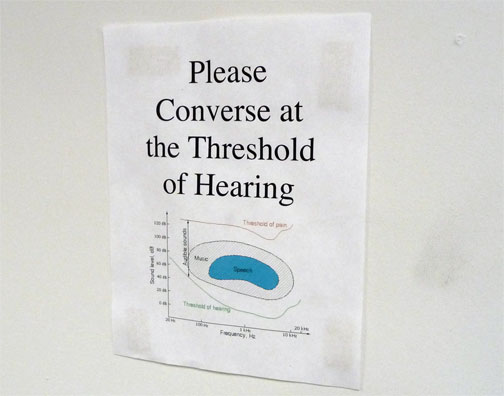 Finally, I spied this sign in La Guardia airport as we were preparing to fly home. Man, ya gotta watch out for those killer snow globes!! This policy must be good news for the snow globe vendors who are within the secure parts of the airport. 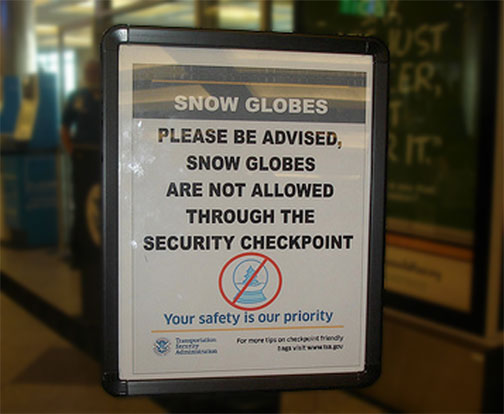 Of course I could go on and on showing photos of New York’s uniqueness, because there isn’t in place else in the world quite like this city. But I’ll end this mini-series today.
read next post 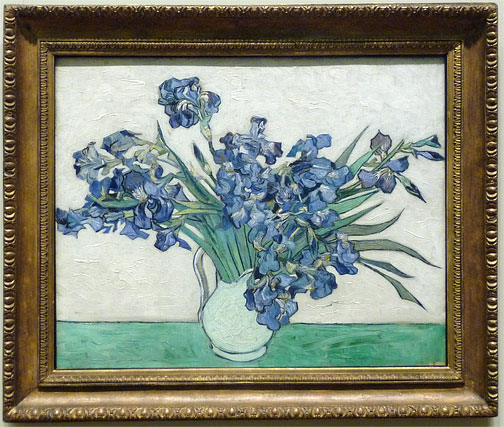 Things You Don’t See Every Day . . . Unless You’re in New York (Part 2)
archives most recent
More from Beliefnet and our partners
previous posts