Love in the Workplace: A Tribute

No, this is not a salacious story about sex on the job. I want to reflect about love in the workplace, the caring, giving, selfless kind of love, what Christians call agape (pronounced uh-GAH-pay).
In some jobs, love is virtually or actually part of the position description. For twenty years I was a parish pastor. Though neither of my job descriptions specifically mentioned that I was to love people, it was rightly implied. In fact, when I was ordained as a pastor in the PC(USA), and when I was installed as pastor of Irvine Presbyterian Church, I promised to: â??love my neighbors, . . . serve the people with energy, intelligence, imagination, and love, and â??in [my] ministry, try to show the love and justice of Jesus Christâ? (Book of Order, G-14.0405).

Given my work history, you might expect me to associate love and work. Even now, in my position at Laity Lodge, Iâ??m expected to love my colleagues and especially our guests at the Lodge. Itâ??s part of my job. (Actually, itâ??s at the center of my job.) But I think all Christians are called to love in all contexts of life, including the workplace. This is true whether youâ??re a pastor, a teacher, a lawyer, or a security guard.
Yes, a security guard can be a loving person at work. Thatâ??s not only a biblically-based truth, but also an historical fact. I have known a security guard who used his position to love people, even those with whom he had to be tough, and many others besides. Todayâ??s post is a tribute to this man, who died last week. 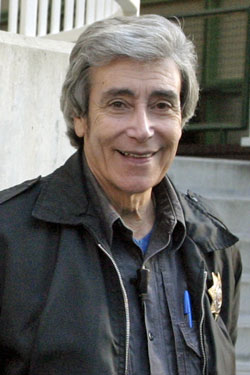 Ron Cherry was a security guard at the First Presbyterian Church of Hollywood, where I was an associate pastor until I was called to Irvine in 1991. Ron began work there in 1988, so we overlapped for about three years. During that time I appreciated Ron because, with him around, I felt safe. Thatâ??s really saying something, because Hollywood Pres is located in a diverse urban setting, with all that that entails. There were many strange and dangerous people in the vicinity of the church, but Ron kept them from doing damage to people and property.
Yet even when he was dealing with some unsavory character, Ron did so with love. I watched him on a number of occasions confront somebody who was clearly up to no good. Ron was firm and tough, but never demeaning or insulting. He treated all people with respect, even when making sure they treated the church and its people with respect.
Ron exercised love in the context of his official work assignment. But that only begins to tell the story of his care for people. Ron was not just the security guard, but also the unofficial church greeter. Iâ??ll be that, over the years, Ron welcomed hundreds of thousands of people to the church, literally. In the years after I left Hollywood Pres, Ron was usually the first person to greet me when I returned. His warm smile and handshake meant so much, and I will miss them.
Though Ron treated adults with friendly love, he was best with children. They loved Ron, especially the students at the Childrenâ??s Center (the weekday preschool). He visited them daily as a special friend, even as he made sure they were secure. My mother, who is a leader at Hollywood Pres, tells me that Ronâ??s death has been especially hard on the children of the church, and I can see why.
Ron Cherry did his job with exemplary love. He also used the opportunity afforded by his position as a security guard to love people by the thousands. He didnâ??t have to do this. It wasnâ??t in his job description, Iâ??m quite sure. But the love of Christ radiated in Ron, and he just couldnâ??t keep it to himself.
Heaven is much better off today because Ron is there. I donâ??t think they need security guards in heaven, but I wouldnâ??t be surprised if Ron is hanging around the pearly gates today, welcoming people home.
Thank you, Lord, for Ron Cherry. We will miss him! Thank you for his example of love at work. Help me to be as loving as he was, not only when Iâ??m doing what my job description requires, but also in all of my interactions with colleagues, guests, and others. Amen.
read next post 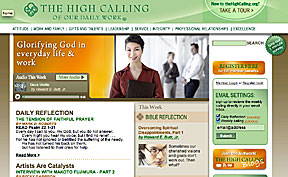