Accountability: An Antidote to Pulpit Pride

Part 3 of series: Pride and the Power of the Pulpit
Permalink for this post / Permalink for this series
In my last post in this series I suggested that pride can lead preachers to be irresponsible in their communication. We who preach can easily get caught up in the emotional rush of having people look up to us (literally), hanging on our every word (not literally). This can lead us to say things in preaching that, truly, we ought not to say. Such prideful irresponsibility has been recently illustrated by the Rev. Jeremiah Wright. But preachers left, right, and in-between can get snared in the web of pulpit pride.

What will help us to remain free of this snare? In general, sinful pride disappears when we look truly at who we are and who God is. When we see ourselves as sinners saved by grace, when we regard our abilities and opportunities as gifts from God, when we own our personal limitations, and when we glimpse the wonder and majesty of God, it’s hard to be prideful. Humility before the Lord leads to humility before people, including ourselves. Any preacher too puffed up by pride needs, in my opinion, to come humbly before God.
But there’s more that can help a preacher whose pride leads to irresponsible sermonizing. I’m thinking of accountability. We preachers need to be held accountable for what we say (and don’t say). Curiously enough, on this basic point I agree with Jeremiah Wright. In his Q&A at the National Press Club, Rev. Wright actually used the word “accountable” with respect to pastors and their communication. Here’s what he said:

Politicians say what they say and do what they do based on electability, based on sound bites, based on polls — Huffington, whoever’s doing the polls. Preachers say what they say because they are pastors. They have a different person to whom they’re accountable. As I said, whether he [Obama] gets elected or not, I’m still going to have to be answerable to God, November 5th and January 21st. That’s what I mean. I do what pastors do. He does what politicians do. I am not running for office.

Rev. Wright is certainly correct in saying that preachers are “accountable” or “answerable” to God. (For what it’s worth, I’d prefer to vote for politicians who believed that they too were answerable to God for what they said and did in their political lives.)
Ultimately, we preachers won’t know how we measure up until we stand before the Lord. But, it the meanwhile, God has given the Christian community the responsibility for discerning the truthfulness and goodness of what Christians, including preachers, say. In one of Paul’s letters in the New Testament we read:

Do not stifle the Holy Spirit. Do not scoff at prophecies, but test everything that is said. Hold on to what is good. Stay away from every kind of evil. (1 Thes 5:19-22, NLT, 2nd ed)

Though this passage doesn’t mention preaching per se, it does speak of prophesying, which is fairly close to preaching. Both have to do with speaking God’s word to people. When one claims to speak on behalf of God, the congregation of gathered Christians is not expected merely to listen submissively. On the contrary, they are to “test everything that is said” (v. 21). If it’s good, they should hang onto it. If it’s evil, they should avoid it.
Even though our church context today is quite different from the small, house-church setting in early Christianity, the principle of accountability remains applicable. That which is spoken in church, even by prophets and preachers, should be tested by the community. If preachers know that their words will be weighed carefully by those to whom they preach, then they’ll tend to be more careful. Moreover, they may be kept from the pride that often accompanies a sense of invulnerable authority.
So how might this work in practice? Much will depend on the size of the church. A house church would have much more options than a megachurch. Can you imagine what it might be like if the American Idol judges weighed in after your pastor’s next sermon?

Randy: Look, dude, check it out. Ya know, that really worked for me, man. That sermon was outstanding. It was da bomb!
Paula: I’m so proud of you because you’re really being yourself with us. Plus, you look great today. I just love you and can’t say anything bad about you because I never say anything bad about anybody, except Simon.
Simon: I’ve got to be honest with you, pastor. I came to hear the word of God today. But what I got was more like the baby talk of demons. You just didn’t do your homework this week. Frankly, your sermon was a nightmare! If I were you, I’d pack my bags.

This sounds like fun, but I wouldn’t suggest it. Rather, I think the evaluation of a preacher’s truthfulness needs to be done by mature Christians who, by virtue of their theological depth and personal holiness, could be trusted to provide wise, godly counsel to a preacher. In many churches, this sort of input could come from elders. In other cases, preachers might be well-served by input from folks outside of their own congregation. I’ve often thought that preachers should be in accountability groups with other preachers, groups in which they evaluate one another’s preaching. But I must confess that I’ve never taken the step of forming such a group, though I’ve been in several pastoral accountability groups.
What I’m suggesting about holding preachers accountable does in fact happen in many churches. There were times during my ministry at Irvine Presbyterian Church when one of my elders would talk to me about something I had preached. In a respectful way, the elder wanted to be sure what I had said was consistent with Scripture. On a couple of occasions I realized that I hadn’t been sufficiently clear in my preaching, and I took a few moments the next week to clarify what I had said. If I began to preach something that was not supported in Scripture, or if my applications drifted too far into personal opinion, I’m quite sure my elders would have brought such things to my attention and expected me to correct them.

Please understand that I’m not suggesting that preachers get some sort of report card every week. Moreover, there are sure times when we preachers need to be forgiven for minor pecadillos. But if we preach things that are much in doubt and hardly based on Scripture, and especially if there’s a pattern of such communications, then we need to be held accountable.
I have no idea if anything like this ever happened in Trinity United Church of Christ, where Jeremiah Wright was Senior Pastor for 36 years. It’s hard for me to believe that all of his congregation, especially church leader, bought into some of the wilder things Rev. Wright preached. Perhaps some folks tried to hold him accountable. If so, it appears not to have had much of an impact.
What I’ve been saying in this post might raise questions or even trigger frustrations for some readers. I’ve said that leaders in a church ought to hold their preachers accountable to preach God’s truth accurately. But what if you’re not one of the key leaders in a church? What if your pastor preaches things that seem to you not to be true? What should you do? I’ll try to answer these questions in my next post in this series. 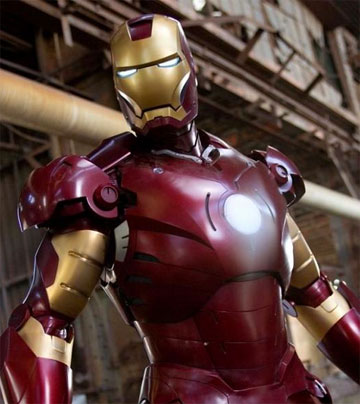