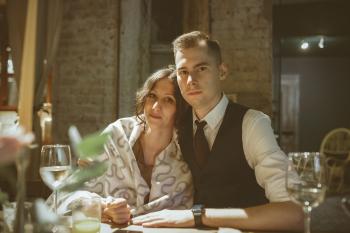 When a woman is interested in a man, her feelings can get in the way of what she knows a seductress would do and it’s easy to make dating mistakes-Anti-Seductive mistakes- that make his interest wane instead of build. And since most of the women he dates are doing these things, he’ll view you as one of many instead of a unique and seductive creature that he can’t get out of his mind.

Many anti-seductive women in a hurry to create a connection reveal too much personal information. Dating is not therapy. Don’t get into your troubled childhood, problems with your ex, why you broke up, family problems, addictions, or financial stresses. And stay off the subject of sex and your feelings.

The early dates (date 1-4) should be kept very light. You should be happy and easy to be with. Let him lead the conversation and laugh at his jokes. Topics should include careers, music preferences, favorite movies, hobbies, current events, sports, where you grew up, family, travel…you are engaging but aloof and mysterious. You’re not an open book; he doesn’t learn anything heavy which makes him want to know more.

Staring at him with Goo-Goo Eyes

Men are very sensitive to this. Good eye contact is important. You should give him your undivided attention but if you are very attracted to him you may make the mistake of giving him “Romance Eyes”. The long, gazing looks that tell him you are picking out the kitchen wallpaper.

A seductress makes a man feel like he can’t quite catch herwhich makes him want to keep chasing. If your attraction is very strong, keep it under control; be nonchalantso he cannot detect it. He should have no idea where he stands with you just yet-it will make him want you more.

Wowing him with sheer clothing, extremely short skirts or a lot of cleavage is a hugemistake. Men will love to look at the show and some will stick around long enough to sleep with you, but they’re NOT going to consider you a serious candidate for a relationship. Dressing sensuous, always feminine and accentuating your best features shows you don’t rely on sex and that you are a woman in control. He wants to wonder what is under those clothes.

Paying for Dates or Going Dutch

It’s not about money, it’s about chivalry. A real man will want to plan the date, pick you up (or if you are meeting somewhere, drive to your side of town to make it convenient for you), open doors, and pay your way.  Your date should want to treat you like a lady, feel like a man and be happyto use his funds to be in your presence and show you a nice time.

A seductive woman doesn’t feel guiltyabout a man paying for her even if she earns more income than him. Don’t offer to pay half or offer to drive to his side of town. Later when you are dating regularly you can reciprocate by cooking him dinner at home, taking him out for dessert, buying the popcorn at the movies or baking for him.

If a man requests that you pay half, do so very happily and never see him again. If he is stingy while dating, he’ll be stingy throughout the whole relationship and it will show up in other areas of his personality.

Calling Him and Planning Dates

When a man is interested in you he will be calling you. Other than to return his calls, there is no reason for you to pick up that phone in early stages of dating. Don’t turn into the pursuer and begin calling him “just to say hi”, or ask him out. This is not seductive and it makes men nervous. Even if you’ve been dying for him to call and can’t wait to hear his voice, don’t jump to answer the phone each time he does call. Let every 2nd or 3rd call go to voice mailand call him back within in two hours if it is urgent or several hours if it isn’t. This allows him time to miss you, anticipate your call and wonder where you are.

Don’t see him more than once or twice a week in the beginning. A seductive woman has a busy life: friends, hobbies, and other men chasing her! Don’t stop living your usual life to make room for him. Not being available sometimes is very, very seductive. It will increase his interest and desire and give his mind time to fill itself with images and thoughts of you. Over exposure kills seduction.

Don’t accept a date for the weekend after Wednesday.

If you accept weekend dates on Thursday or Friday, he relaxes because he’s learned he doesn’t have to plan ahead. Consequently dating you becomes less exciting. When you do turn him down, don’t tell him that he should have called earlier, just say “I’d love to but I have other plans.” He knows what he has to do. If he wants his chance, he’ll plan accordingly and chasing you is being seduced by you.