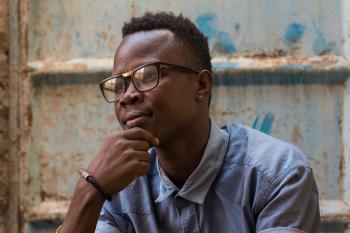 All action begins as a thought. As I observe the news in which we see many people who seem to be living fairly, culturally defined “normal” life’s doing some very horrific things to their spouses and children, the question that begs to be answered is why? Why do these people who seem to be going along living a socially acceptable life all of a sudden snap and drown their children or murder their spouse or do some equally horrible act? Some may say that these people simply snapped and they acted without thinking, however that statement would be in conflict with the theory that all action is a result of thought.

Now you may be thinking well that is not necessarily true, some action, such as the way our body works is not a result of thought, they just happen. For example, I don’t think about breathing, I just do. I don’t think about my heart beating, it simply does. These are actions which are controlled by signals from the brain. These thoughts are automatic and do not require us to have conscious thought to make the action happen. What I am talking about today is different than that. I am talking about the actions you take throughout the day, every action you take requires a thought prior to the action, even if that thought happens within nanoseconds, such as when we are driving a car and a child runs out in front of us, we know to hit the breaks or swerve to miss the child, however that is all thought and then action. One may say that this is a reaction and they would be correct. It is a reaction to a thought.

When everyday people seem to snap and do something unthinkable, I believe that they had been thinking about it, they may have been thinking about it for a long time, not ever believing that they would really do what they were thinking of. They were having their private fantasy of “what if”. What if I wanted to end my relationship, how would I end it? How could I avoid all of the strife of a break-up and what it entails. A person may start out with innocuous thoughts such as, “my life would be so much easier without him/her”, “if I didn’t have the children to worry about ….” or “I would love to show them, I would love to find a way to hurt those people the way they have hurt me for all this time”.

Of course the problem is that our thoughts do often become reality and that sometimes when a person snaps, these thoughts that have been speculating in the mind do become reality and often in some tragic way. The thought becomes an action and before the person realizes what they have done it’s over. They have committed some act which is irreversible.

I have seen enough court room dramas to know that a jury’s decision can be swayed by getting a defendant to admit to thinking or saying that they were so mad at the victim that they could have killed them. Not that this means they did, however the thought was there.

Be keenly aware of your thoughts, understand that they are not “just” thoughts. Your thoughts are the catalyst for action. This is why in when you get into a heated argument with someone that you may blurt something out that you wish you hadn’t. The key is, you simply blurted out a thought. If you were not thinking a hateful or hurtful 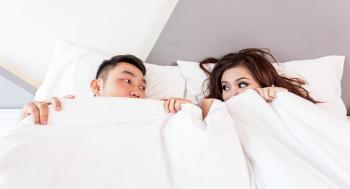 Go Ahead… Go to Bed Angry.
archives most recent
More from Beliefnet and our partners
previous posts