Learning Russian: What You Miss 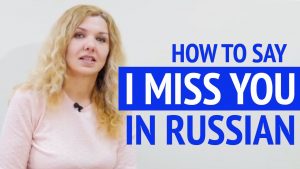 If you ask someone what is the most popular language in today’s world Russian won’t make even top 5. I would be surprised if it makes top 10. English, German, Spanish, French, Italian. Those are the languages everyone (well, practically everyone) wants to learn. Russian won’t make the cut because of a number of reasons.

Well, guess what? Due to this approach one can miss a lot in their life. Ludwig Wittgenstein, an Austrian-British philosopher, once said “The limits of my language mean the limits of my world.” And why would you want to limit your world? Neighbor worlds have a lot to offer if you know where to look. So, why don’t you look at Russia?

Reasons why you should be learning Russian

It might be as beautiful as French or Italian but you are going to love the way it sounds.

Whether you want to discuss business with your Russian partners (Russia is a huge market) or impress a Russian woman (they are as beautiful as you think they are), it would create a positive image if you speak their language.

Russian writers are well-known over the world: Tolstoy, Dostoevsky, Chekhov. Those are the names you definitely have heard and probably have read some of their works. But there is a huge difference when you read it in translation or in original. You will find more nuances, more details, and it might happen that you will judge the characters in a different way.

Understanding Russian culture, be it literature, philosophy, painting, even ballet and opera, is way easier when you know the language.

Russians are different from the rest of the world, but so are Americans, Germans, Indians, Chinese etc. However, the term of mysterious soul applies for some reason to Russians only. Maybe they are more different, or more complicated to understand. There is one famous poem written by Fyodor Tyutchev which reflects the idea of Russia being not like other countries.

One cannot understand Russia by reason,
Cannot measure her by a common measure:
She is under a special dispensation – One
can only believe in Russia.

But it is way easier to believe when you can speak the language. It makes you one step closer to understanding, and two steps closer to believing.

The most shocking part of Russian gender roles for Americans, Canadians, etc is the idea that love always outweighs work. That means that the majority of Russian women devote their efforts to finding a husband, and then caring for their children. A recent study by Slavdating shows that every year, around 150,000 Russian women sign up dating sites for a foreign husband.

Russia is a very beautiful country. There are a lot of places to visit and to admire. Be it palaces of Saint Petersburg, beauty of Russian South or power and vastness of Siberia, it will take your breath away. But unfortunately not many Russians speak English or any other foreign language. To make your vacation more pleasant it is advisable that you know the language.

Each year thousands of foreign students come to study in Russia. Why? Because they can get a solid education here (not to mention it would be cheaper than studying in Europe or US). But if you want to study in Russia, you need to be able to speak and understand Russian. Most of the courses are taught in Russian only.

Russian is one of the six official UNO languages. Its importance was admitted by international organizations. Now it is time that you admit its importance, too. You never know what you might need in your life. Maybe tomorrow you will make use of knowing Russian. Then why not start learning it today?