The Worst Ways To Introduce Yourself To Women 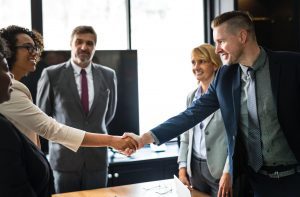 Some guys have good intentions but no play, others are mischievous players breaking hearts and taking names. Whatever type of guy you are, you only get one chance to make a first impression and the way you introduce yourself to women can make or break you on the romantic playing field. These real-life bad examples can help you avoid practicing the 5 worst ways to introduce yourself to women.

You’re so excited, and you just can’t hide it! So you suddenly find yourself doing an impromptu reenactment of the opening scene of the Dick Van Dyke show. Dude! Take a chill pill. Over-excitedly sprinting forward and tripping over everything in your path to approach a lady may get a smile out of her. But rest assured, that smile will be followed by the uproarious laughter of her and her girlfriends at the slapstick stooge you’ve just made of yourself. Jennifer, 29: “I had a guy spot me from outside while I was in the Sprint store. He literally walked into the damn glass door. Nose bleed and everything.” Ouch!

Sure chicks dig the shy, quiet types, but don’t go to extremes and clam up completely. When you hover around waiting for her to introduce herself, you’re lurking. If your silent, lingering presence doesn’t creep her out, and by a strange twist of fate she asks you to introduce yourself, she probably wants to help return you to the rehab center that she thinks you’ve wandered off from. And for cryin’ out loud don’t send your wingman! Women like confidence. Having your buddies come plead your case is borderline pathetic. Cute in an eighth grade kind of way, but still pathetic. Man-up and approach us yourself! Angela, 32: “At first I thought he was adorable and shy. But after 20 minutes of him just staring, I figured something was wrong with him. His friends didn’t make a convincing argument.” Run Forrest, run!

Comparing women to famous, coveted hotties may seem like the ideal icebreaker, but when you tell a woman that she resembles a celebrity you’re treading on very thin ice. What looks good to you might not be so attractive to the girl you’re trying to impress. If she considers herself thinner, prettier or smarter than the starlet or supermodel you’ve compared her to, you’re done for. Darlene, 24: “Seriously, does anyone think being compared to Courtney Love is compliment?” We sure as hell hope not.

Cheesy pick-up lines are definitely not the way to introduce yourself to a woman. “There’s a party in my pants and you’re the guest of honor,”  “I’m not Fred Flintstone, but I can make your bedrock,” “I usually have sex alone, but I’ll make an exception for you,” “Excuse me, does this rag smell like chloroform?” Amusing? Yes. Effective? No. Sam, 48: “If I told you that you had a beautiful body, would you hold it against me?”  Absolutely not, Sam. But thanks for asking.

Touching a woman you’ve just met, in any way, shape or form is a surefire way to guarantee you’ll see her again; probably in court. Some feisty females might like aggressive, caveman-like behavior in a guy, but no chick wants to be manhandled by a perfect stranger. Groping, grinding or rubbing up against a lady typically encourages her to plant one right in your kisser, with her fist. Dennis, 43: “So my motorboat approach doesn’t rank up there with the ladies?” Can someone please recommend a good attorney for Dennis? 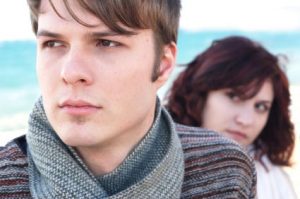