How To Tell If Your First Date Went Well 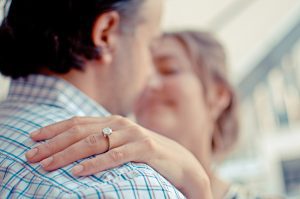 A lot of guys ask me “Alex, how do I know if a first date went well?” It’s an important question. The first date sets the template for all future dates, but sometimes it can be difficult to interpret.

People often have a hard time revealing themselves to strangers—they have their guard up, and at the same time may act certain ways just to be polite, making it easy to get things wrong in either direction.

Follow these cues, however, and you’ll be sure to know whether she thinks you’re the man… or a monster.

The body will tell you far more than words ever will. Was she sitting close to you? Did her legs lean toward you? Did she appear skittish? Did she touch you at all? Was she spending a lot of time checking her phone? (The most promising answers, for the record, are yes, yes, no, yes, and no.)

Chatter between two people who don’t know each other that well can be a little strained at first. However, as a date progresses, things should start flowing more freely. If things are awkward and strained throughout, you didn’t have a very good date, regardless of how attracted you felt toward the person. This is one of the biggest red flags on a first date.

Laughter is the ultimate tell when it comes to whether or not you had a good date. If she laughed a lot, that’s a strong sign she enjoyed herself. The opposite isn’t necessarily true. That’s why you also have to watch other things like body language and how well the conversation flowed. Now seems like a good time to insert the following video, which raises a whole different set of questions…

If you get home and see a Facebook message that says “I had a great time,” don’t get too overjoyed. It might mean she had a great time or it might mean that she’s being polite. On the other hand, if you get a text message that says “I had a lot of fun. Let’s do this again sometime next week,” that’s a stronger indication. If she messages you referencing some little joke that you guys have because of the date, you’re in like Flynn. It’s all about how much personalization and energy she puts in when she contacts you.

5. Take Matters Into Your Own Hands

After you go on your first big date, it’s time to follow up. If she doesn’t follow up, it doesn’t necessarily mean anything. As a man, it’s your job to pursue and initiate. Shoot her a quick note the morning after to let her know that you had a great time and that you’d like to do it again. Have a date idea with a time and place at the ready. If she’s hesitant to go on a second date or commit to a specific time and place, you know that things didn’t go well. If she’s excited, on the other hand, you should be too. 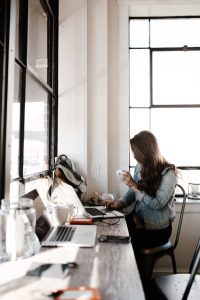