Stalk Dirty to Me: When to Let on That You’ve Followed Her Online

With everyone plugged in to Facebook and Buzz, blogging and Tweeting and updating their BBM statuses, it’s pretty difficult to avoid finding out what your crush is up to. But there’s a fine line between curious and creepy. So … how should you reveal your stalking to members of the opposite sex?

A lot of people choose to pretend they don’t stalk on Facebook. And maybe they don’t. But pretty much every guy and girl I know stalks the crap out of every guy and girl in their lives, especially someone who they think of banging/have ever banged/almost banged/know they are going to bang soon. And that’s fine. Since we all do it, why not just admit it?

Because the thing is, Facebook and Twitter do the stalking for you these days. Just log in and you’re going to see what someone has been up to. Fine, perhaps you don’t see it on her status (“Shannon is GOING TO THE BAR TONIGHT!”) and you avoided seeing it in her photos (a new album called “MY NIGHT AT THE BAR!”) and you missed it on her Wall (five new posts saying, “OMG it was SO GREAT seeing you at the bar last night!”) and sure, maybe you didn’t see her Tweet, “I LOVE GOING To THE BAR!” … sure, it’s possible. But on Monday when you ask her what she did over the weekend, she’s going to think you’re either not into her, or you’re full of BS.

But I kind of can’t blame you. If you say, “So how was the bar this weekend?” and you’re not someone she’s thinking of banging/have ever banged/almost banged/wants to bang soon … she’s going to think you’re the biggest creeper on the planet.

Some guidelines for what it’s appropriate to reveal:

Admit to stalking your friends and your “friends.”

Let her catch you stalking her from time to time if you really like her. If she is already into you — we’re talking third date here — and she says, “Oh I had such a great time at the beach last weekend, I can’t wait to go back,” and you say, “Yeah, your pictures made it look like a total blast! Do you go there often?” she’ll be flattered and she’ll blush — and when girls are flattered and blushing, people get laid. If she’s not into you, she’ll still be pleased that you caught something important to her.

If someone is a fan of, “I hate when people send texts that just say ‘k’”… don’t send her a text that just says “k”! Then she’ll just think you don’t care. But DON’T go out of your way to reference obscure things that you read she’s into. Some people just accept everything Facebook suggests or don’t update their hobbies very often.

When you’re the stalkee:

Ultimately, most people log into Facebook and Twitter a lot and stalk without even trying; those people are going to be really flattered when they hear the person they are into was stalking them back. There’s a fine line between good stalking and creepy stalking, but if you can perfect this, your next status update is going to say, “Shannon is now In a Relationship.” 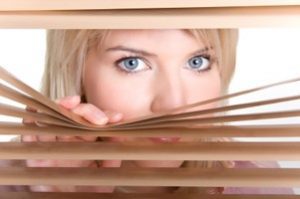 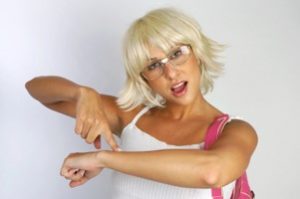