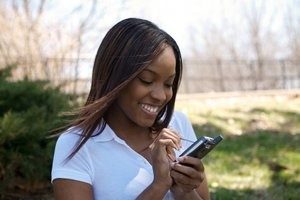 In Victorian times, flirting involved the careful choice of floral symbols and calling cards, and all flirting took place on well-chaperoned social occasions. Fortunately, for singles today, Twitter offers a perfectly low-pressure way to get to know your crush.

There’s no need for elaborate introductions anymore: following your crush on Twitter is easy and non-committal, and it enables you to get to know him in a casual, low-pressure way. If you see a reference to a game you play or a bar you like in his Twitter stream, it’s easy to jump in and respond. Casual comments on each other’s updates will indicate if there’s a spark.

Twitter’s response system also allows the ultimate no-risk way to see if you connect. There’s no etiquette gaffe in ignoring an uninteresting tweet or two, so you only need to respond when you’ve got something funny or relevant to say. Forced conversation — that first-date killer — doesn’t fit the Twitter communication style.

In a face-to-face conversation, we nod and respond to the other person’s remarks, even if the topic is deadly dull and we’d much rather be discussing something else. If the person across from you is talking about average rainfall statistics in North Dakota, it’s poor etiquette to ignore them or abruptly change the subject, no matter how bored you may feel. On Twitter, though, you can let those uninteresting comments just slide by without a response. No need to force a smile and a nod to every statement — just tweet something that does interest you, or wait until you see something you do feel like commenting on.

Twitter etiquette does encourage one to respond to a direct @ statement, but feel free to limit your response to just a cheery word or two. If you’re a bit unsure how to sum up your thoughts about the link he’s just shared or the question he’s just asked, let him know you’re looking forward to tweeting about it later.

You don’t have to pretend to be engaged as he live tweets the playoffs, but if you happen to be a Vikings fan too, you’ve just made another low-pressure connection.

Sometimes Twitter is bashed as idle chitchat, but what better way to get to know a special someone? Friendly chitchat, especially in the midst of your busy life, is a relaxed and easy way to see if you and your sweetie have a lot in common. Give it a try — make a Twitter connection, and then take your flirting offline! 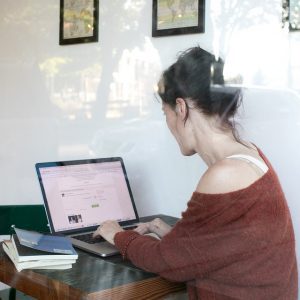