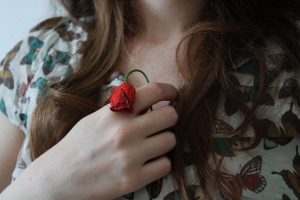 This question showed up in my inbox the other day: Why do men cheat? This is not the first time I’ve gotten this question. It’s not even the tenth time. I’ve probably gotten the question more than twenty times in the last four years, but I never had a good answer for it until now.

Before we get to that, let’s be clear about one thing: The real question isn’t why men cheat, but why anyone cheats. Though figures vary among the numerous studies, almost all researchers confirm that the percentage of women who stray from committed relationships is growing ever closer to the percentage of men who cheat. So let’s be fair and put the question like this:

Why do people cheat?

The brainy folk over at Psychology Today claim to know the answer. Here’s an abridged version of their article.

Lack of sexual satisfaction. The most common reason cited by individuals in the study. Both women and men who have affairs are hoping to improve their sex lives. They may love and enjoy their partners in other ways, but the sex is inadequate in quality and/or quantity.

Lack of emotional satisfaction. Seeking emotional intimacy can be nearly as compelling a reason to have an affair as seeking physical intimacy. Participants who stated the need for emotional closeness in an affair felt they were lacking this connection to their primary partners.

Desire for more sexual encounters. This was a relatively infrequent reason cited by cheaters in the study, perhaps because it is not a very socially desirable wish to articulate. One man who admitted it said he felt he needed more sex as a reward for performing well at his job.

Need for emotional validation. Being appreciated is a key factor in the emotional connection that partners feel toward each other. Partners may grow apart and, as they do, fail to acknowledge the needs that both have in their relationship. Some will seek to meet those needs elsewhere.

Falling out of love with your partner. This was a relatively insignificant reason in the study, perhaps because “love” is so difficult to define. In the grand scheme of things, having sexual and emotional intimacy seems to trump love.

Revenge. In a relationship that is already suffering, the desire to hurt a partner who is (or is perceived as) cheating seems to raise the stakes significantly from mere lack of intimacy.

Curiosity. People who cited this reason felt that they wanted something new, but this motivation seemed to go beyond curiosity and into a need to measure their sexual prowess.

Does this list seem complete to you? Can you think of other reasons why someone might cheat on his or her partner? Let’s hear them.