Things That Make You Go ‘What?!’ 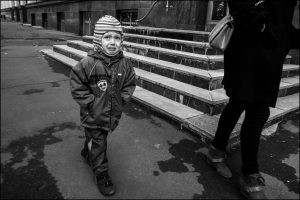 I was crawling the net the other day, looking for parental abuse cases (don’t ask why, you REALLY don’t want to know) and came across a true gem.

A pair of children sue their mother for “bad mothering.” Now you know that is a headline you simply gotta click on, regardless of what you are looking for.

Of course, the headline doesn’t tell the whole story. Like the fact the children are in their 20s and are represented by their father, who was divorced by their mother in 1995. Or that the “bad mothering” charges included such heinous offenses as mailing a postcard the son didn’t like and failing to include cash in it, failing to buy toys or calling her daughter after midnight during homecoming to ask her to come home.

Truly, this woman is a menace to society and to children everywhere to have been pursued for two years over this!

In a rare enough display of common sense, the appeals court dismissed the case, then, I devoutly hope, the judge gave the father a good slap upside the head with his gavel and told him to stop being a complete d*ck.

There are a lot of horrific parents out there. Ones who, at the very best, ignore their children and let them run feral, or at worst have the Saturday night family routine called beat the kids into new and interesting shapes and colors.

Run a search sometime – I am not providing links to some of the saddest things you will ever read – and you will be amazed, horrified and disgusted in equal measure at some of the repulsive acts that happen when parents consider children simply a nuisance or an inconvenience.

This was not one of those times. This is, though unusual for the amount of time that has passed, an almost textbook case of using children as a weapon in divorce. Something so common, it has it’s own name: Parental Alienation. And, according to Sir Nicholas Wall, the President of the Family Division of the UK High Court, something that separating couples, especially those from the middle classes, do, using their children as ‘both the battlefield and the ammunition’ to try to score points in their personal disputes.

Sounds sickening, doesn’t it? Not something you’d ever dream of doing.

Don’t be so sure about that.

When we hurt, we lash out, using any weapon we have to hurt the one hurting us. Every last one of us has probably had that “oh sh*t” moment when we seem to stand to one side and watch in horror while our mouths carry on their merry way, attacking everyone in sight.

Doing that is reprehensible but understandable. Doing that using a child as a weapon is disgusting. 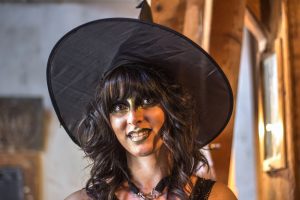