Before We Date, Are You My Sister?

One of the things I advocate to people when meeting somebody new is to ask as many pertinent questions as possible. Of course, this can be a dangerous proposition as you don’t want to make the date(s) feel like interviews, though in reality, that’s exactly what they are.

What are important questions? Well, things about their current life and employment, if they have any children, do they like their parents, are they your sibling, etc.

Wait…what? Are you my sibling?

Yes. And do you know why? Well because nowadays it seems like more and more women are having kids thru the use of sperm donors and apparently some sperm donors are popular enough to be the parents of 150 children. Imagine THAT child support check!

Today there are 150 children, all conceived with sperm from one donor, in this group of half siblings, and more are on the way. “It’s wild when we see them all together — they all look alike,” said Ms. Daily, 48, a social worker in the Washington area who sometimes vacations with other families in her son’s group.

As more women choose to have babies on their own, and the number of children born through artificial insemination increases, outsize groups of donor siblings are starting to appear. While Ms. Daily’s group is among the largest, many others comprising 50 or more half siblings are cropping up on Web sites and in chat groups, where sperm donors are tagged with unique identifying numbers.

In some ways, that particular donor is the motherlovin’ man. In other ways, that’s the most scary and strange story I’ve read in quite some time. There really ought to be some kind of law against this. How would that even come up until it’s too late? Here’s some more scary stuff.

Some experts are even calling attention to the increased odds of accidental incest between half sisters and half brothers, who often live close to one another.

Dating is already scary enough worrying about STDs and committing to the wrong person. Now you have to worry about if you’re dating an actual sibling? Egads. I think its ethically and scientifically irresponsible to even let something like that happen. But I see how it can. Good specimen are just that. I have no idea how you pick a donor, but it seems like you flip through a book and pick out the ones with the qualities you want. Of course everybody’s going to go for the best qualities.

The article mentioned that some places have a cap of 25 “donations”. But even that sounds outwardly ridiculous.

What I find most interesting is the difference between a man with 150 children that he’s not on the hook for merely because he donated and a deadbeat father who has three children he rarely sees because he slept with a particular woman. I understand that signature makes the difference and because technically the woman is making the choice without the help of another person to get pregnant, but something just isn’t adding up to me. I’ll have to think more on that but something just…doens’t seem right. One gets to be a deadbeat and the other was just some anonymous guy who dropped off some sperm one day to help some woman get a kid. Same result, different outcomes.

Anyway, what do you think about this story? Freaky isn’t it? Should there be a cap on how many donations came come from a single chap? Has anybody ever dated a donor baby?? 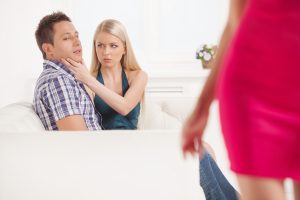 Friends with Your Ex? Always Disclose
archives most recent
More from Beliefnet and our partners
previous posts