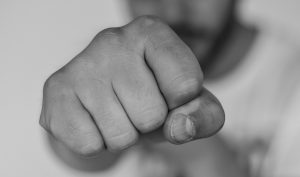 If you are in a romantic relationship, you will fight with your partner at some point in time. Yeah, I know, your relationship is all hearts and butterflies and you can’t imagine ever quarreling with your snookums, but you will, trust me. Disagreements are normal human behavior and part of working out the kinks of any relationship.

1. Don’t fight when you are tired, hungry or under the influence

You know those old Snickers commercials with Betty White and Joe Pesci and Aretha Franklin that end with the line, “You’re not yourself when you’re hungry”? They’re on to something. Hungry, exhausted, wasted–these are not the times to try to discuss anything rationally. Have a sandwich, take a nap, sleep it off. You can have a calm and mature discussion when you are yourself again.

2. Don’t fight when you are angry

It sounds silly–“How can I fight if I’m not angry?”–but it’s true. You won’t resolve anything when you’re furious. Just walk away and let things cool off before you try to work out the problem.

Nobody “always” or “never” does anything. Avoid ridiculous blanket statements, because they aren’t true and they can make your mate feel like a failure.

A fight about one particular topic doesn’t give you a green light to bring up every single thing that bothers you about the other person. Choose your battles, and choose them one at a time. If you pile on, your partner will think you hate him and he’ll give up.

Personal attacks, name-calling, threats: no. Just no. This fight and whatever caused it will be forgotten in time, but cruel things said in anger will be remembered for years. Get a grip on your tongue or delay the argument until you can (see #2).

If nobody can finish a sentence, you’ll be there all night. Be quiet and listen. You’ll get your turn.

Walking away solves nothing. Unless you need to cool down (see #2 again), deal with the problem now instead of letting it fester for days.

8. Be willing to admit mistakes

You are not perfect. Both of you have a role in this fight. Be willing to say, “I was wrong. I’m sorry,” and watch how quickly these simple words can defuse the most intense disagreements.

You would think this is a no-brainer, but I’ve gotten many questions from readers who seem to think it’s okay for them or their partners to get physical in a fight. It is not. It only takes one push, grab, slap, or worse to take your minor argument to a completely different–and dangerous–level. And for you to end up in jail. Don’t do it.

Fights don’t have to be nasty affairs that hurt and linger for days or weeks afterwards. Follow these rules of civility, and your disagreements can be a positive instead of a negative. 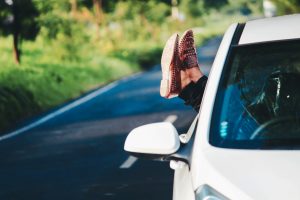