The Do’s and Do Not’s of Sexting 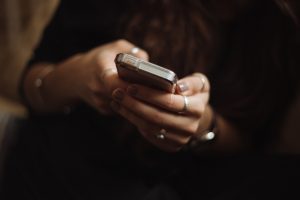 Everyone and their Grandma seem to be texting these days, seeing how it’s almost impossible to find a phone that doesn’t have a full keyboard.  When you have something simple and quick to say, for example, “Look I’m sorry I shaved your cat, but get over it,” it can be convenient, but if you’re trying to convey any kind of love, affection, emotion, or desire to fornicate (“did they just say fornicate?”- Yes, yes we did!) it can be a huge pain in the buttocks.  Don’t worry though; we got you covered with everything you’ll need to know…

KISS – No, not the kind where two lips connect.  We’re talking about the rule of KISS aka Keep It Simple Stupid. If you have a sexy one-liner that you think will make your crush blush, by all means text it.  Just make sure they don’t have to scratch their heads to figure out what you’re saying.

Write like you’re in second grade – Keep your grammar game tight, Plz and thk u. While texting may be a casual way to communicate, you still need to take the time and make your message readable.  The last thing you want is to blow your chance with a special someone because they don’t have a degree in kindergarten spelling.

Let them know you’re thinking of them when you’re not together – There’s nothing better than receiving a random message from the person you love.  Use a text to remind someone that you’re still laughing about a joke you shared or that you can’t stop thinking about last night’s Flintstone’s episode when they “made your bed rock” (wink wink)

Use it as a substitute for face time – The only way to make your relationship really special is to spend time getting to know each other. So if you’re texting to replace a date, watch a movie, or have an important conversation, than you’re probably going to send the message that you’re too busy for your loved one.  Which means it’s only a matter of time until they’re too busy for you.

Use some humor and inside jokes – Yes, it can be hard to sense sarcasm through a text message but if you and your lover have a little joke together than send away.  Avoid getting stuck in one of those boring conversations that covers topics such as “What did you have for dinner tonight?” and “How was work?”- Save those text conversations for Mom and Dad.  Instead, spice up the convo with a little flirting and teasing.

Fair warning: be careful with sarcasm because what you meant to be a funny joke can easily be taken as a relationship ender. For example, answering the question, “What are you up to tonight?” with a response like, “Spending time with my mistress.”

Pull a Tiger Woods – It’s easy to get caught up in sexy conversation and say something you normally wouldn’t behind the confidence of your iPhone screen, but unless you are in a rock solid relationship, don’t say something that can be used against you. It’s not a good idea to tell other people’s secrets or even your own when it’s just one click away from being spread all over the world. 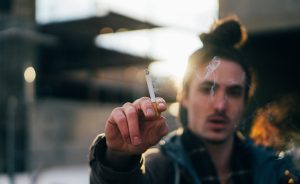