It is now difficult to deny that racism is growing in a number of Western countries, and racist politicians who would have been considered corrosive or marginal to society only a decade ago are currently on the verge of being elected as national leaders.

The fact that racism is growing should be a source of dismay to anyone decent or logical. It is apparent if we look at the popularity of Donald Trump’s election campaign in the United States, which works on a platform of the most basic racial bigotry, rejecting people of Middle Eastern origin as “terrorists” and people of Mexican origin as “rapists” and calling to prevent them entering the US. It is also apparent in France because research shows likely victory in regional elections going to the Front national, a group considered marginal for years because of its racist views and opposition to Muslims in Europe.

Any outcome of campaigns of bigotry and racism (which have no lack of conservative media support) will not be a safer society for France, the United States or any other country. You can’t embrace multiculturalism for centuries, only to suddenly try to rewind and build a racist state. It is more logical for the state to dismantle itself altogether than do that.

I have advocated that Muslim and other minority youths in the West must more actively politically organize. These Western countries are as much theirs as they are anyone else’s, and they must act or the short-term future is going to be dictated by the war interests of a dwindling group of old men with no long-term future. Schoolchildren should grow up for tomorrow, not yesterday – not a return to racist nation-states. 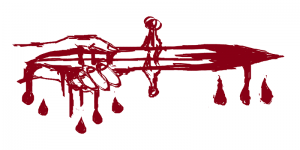