Why are science and technology not ending poverty?

I do not say such things except insofar as I consider this to permit some transformation of things.

We have the ability to outmatch human labor with computers, to clone, to manufacture anything, to produce unlimited free energy, and even to create whole new living organisms from scratch. Yet, for all its marvels, this technology is in the hands of authorities more interested in containing it and saying who can’t have it, than using it to overcome the many miseries of humanity. 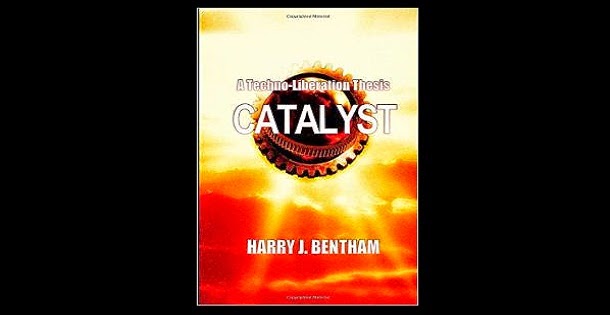 Catalyst: A Techno-Liberation Thesis, my short book on this stimulating subject, which is available in print and electronic form

Millions of people’s lives are blighted by poverty, diseases like Malaria and HIV, or by endless wars led by schemers and power-mongers. Yet rather than use humanity’s one redeeming feature – ingenuity – as our deliverance, we have wasted the world’s resources trying to stunt the growth of technology in countries such as Iran, allowing ourselves to be driven by a will to self-destruction and fear. This usurps the natural human yearning to create and evolve, in the spirit of our earliest ancestors and their discovery of fire.

While we have billionaire entrepreneurs professing a love of humanity and a desire to improve literacy, stabilize foreign economies, or make people’s lives more comfortable, we have not a single one who has actually used his remarkable talents and resources to make humanity equal. Instead, a more popular theme than helping poor nations – especially in light of the refugee crisis I would like to address in my next post – seems to be that of turning Europe into an open-air refugee camp hosting a billion people from the Southern Hemisphere. While I have no objection to this development in itself, the fact that our politicians see it as better than helping other countries improve their situation belies the Eurocentric and ultimately racist belief that humanity cannot be helped by technology unless it lives wholly under the jurisdiction of the regimes of Europe and North America.

Bush Junior, the architect of the Iraq War and many of the immoral sanctions against Iran, said there was a crossroad between “radicalism and technology”, and that this marriage of the idea of armed liberation with the might of modern technology was the “gravest threat” to the state – the world’s most powerful states specifically. It would be wise to believe he was correct, but that he was on the wrong side of history. Where science and technology cross with anti-colonialism, liberation movements and the desire for a mass uprising against injustice and inequality, there is the greatest source of hope for humanity. It is the one thing going on in the world that is worth seeing through to conclusion, in this late modernity we are witnessing. Considering the self-realizing power of technology to arm and liberate the world even when the engineers had no intention of doing thus, it is also inevitable.

Wired co-founder Kevin Kelly described this inevitable creative force as the will of the technium – the technium becoming a new force of nature that pushes civilization inexorably towards greater freedom (and equality, by extension). The greatest living example of it is the Internet, but the next greatest example – by my predictions – will be self-replicating technologies like synthetic life forms with practical applications to replace fuels, fertilizers and other dwindling natural resources. Despite the “virus” scare that typically follows when I make that proposition, I believe helping humanity justifies any risks accompanying new technologies, and that people take such risks everyday with themselves and their offspring merely through travel and other acts that confirm their faith in technology’s benevolence.

There is a culture of self-gratifying charity in our countries and typical of white people, whereby we insist on “aid” to foreign cultures poorer than ourselves, when in fact we should be thinking about giving them all our capabilities. Self-gratifying charity is disguised as altruism, when true altruism would lead the world’s more powerful regimes to abandon their position of dominance in favor of global human equality, development and justice. When the Native Americans were being subjected to genocide by European settlers, the solution was not aid, or refugee camps, but to give the Native American the power of a rifle. The same solution is true today. What the poor and oppressed people of the world require is not UN refugee camps, water wells, or our sympathy. What they need is a kernel of technology from the heart of the industrialized world, with which they can construct a grand civilization. Science and technology have the potential to make equality a living reality rather than a mere piece of rhetoric.

Science and technology will end poverty, but we first need to depoliticize these areas of development and abandon the prison of Neocon security-oriented thinking when it comes to helping the world’s poor and disenfranchised.

If the detail of my argument is not sufficient at this stage, don’t worry. It is explained in its maximum detail in my Techno-Liberation Thesis and numerous associated articles, and I intend to soon draft a new article for an appropriate ethics and technology publication on the same subject, with particular focus on synthetic biology (#synbio) which I believe to be the key to ending all the world’s resource shortages, environmental problems and wars.