Whistleblowers unleash the fire of militant disrespect against our rulers

It is dangerous to be right in matters where established men are wrong.

Snowden was a titan. With individuals such as him, what need for “movements” or “groups”? 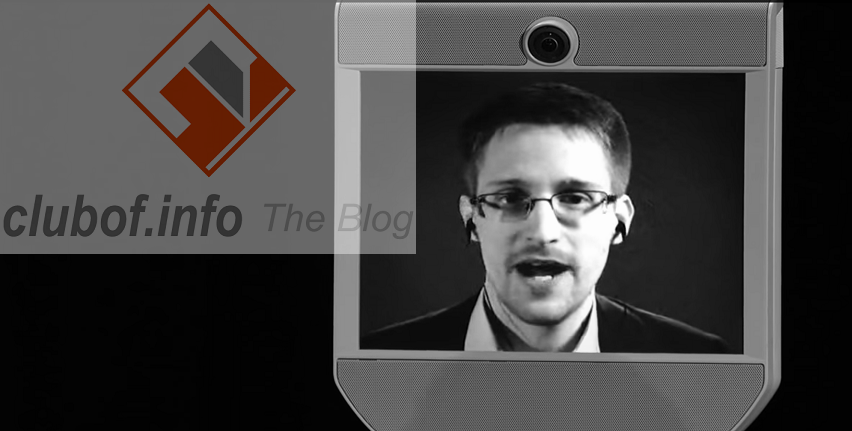 From my space over at The clubof.info Blog just today.

As a political entity, Mr Snowden represents far more than he could possibly imagine. Let me explain.

In the past, a political rebellion, iconoclasm or other act shaking the thrones of power was accomplished only through a group. Groups were never important in their own right but for what they could accomplish. Today, many of those accomplishments can be done by lone individuals, be they hackers, whistleblowers, a single defector, or other rebel with the right information and instruments at his or her disposal.

The result is chaos, and it should be. If you want to understand this riddle, read my recent feature article at The clubof.info Blog, “Striving to be Snowdenlike”. There, you will find me preaching the full magnitude of this gospel -this new form of insurrection epitomized by Mr Snowden. What we have discovered, in learning of the power of single individuals like Snowden to expose corrupt governments and annihilate their reign of arrogance and impunity with the help of mere tiny devices, is undoing of every regime in power in the world today.

As futurists, I and others like me make a bold prediction, and I can say with absolute certainty that it will come true. Our governments are becoming less legitimate. They once governed us. Today, they rule over us. For that, they will not endure. If they don’t collapse under their own folly, we will ridicule them and shatter the hollow idols of their rule. The meaningless banners they flew, the hollow creeds they claimed to follow, and the empty documents and constitutions they swore allegiance upon may burn, but the people will still be standing.

It is my prediction that the traditional state is at the end of its historical lifespan, and that we must re-evaluate what we are as beings. We must re-evaluate what we think of as human, and what we think of as our security. The time for so-called “national security” is over, condemned to the same bin as racism, nationalism, religious extremism and other backward-looking philosophies. Alternative models of community, spirituality and allegiance are desperately needed.

One imaginative solution to the squander of conflict, scarcity and the dated models of security that continue to burden society and set us against our fellow man is Jacque Fresco’s Venus Project. Another is Amon Twyman’s social futurism. Both of these call upon us to eventually declare our resources a common heritage, and work to replace the nation with a model global society.

Whatever path we choose to take, it will be a rough journey. Discarding the previous epoch is never easy or comfortable, and the wretchedness we are faced with in our supposedly advanced societies – yes, with such unemployment and sorrow in our dear Britain and America today – is symptomatic of a great shift of power and legitimacy back into the hands of a borderless and united people. Our unity with the people we are told to hate, our realization that the national divisions we were forced to adhere to are lies, will be the undoing of this unjust political class lording over us and the dawn of a new era. The Mont Order foresaw these events and was never troubled by them, for they were necessary. In the end, we will judge everything and tell you this was our doing – we were cognizant of the inevitable re-balancing of power between you and the state that is approaching, and we made it the very definition of our victory.

We need no groups to enforce the inevitable. Let further individuals arise – let the titans be born in the flames of protest against the established order. More honorable people, such as Chelsea Manning and Edward Snowden, who made the perfect sacrifice by putting their own conscience and the morality of rightly informing us about government crimes above their careers and the bribes of the state. These incorruptible individuals, who were capable of rebelling against the state with their own hands and winning without the support of a monolithic group or collective, are a new species and will help forge a new order – a new order made in the fire of our militant disrespect towards our feeble and fearful rulers.

Russia invaded Ukraine and Iran will make a nuclear bomb... again?
archives most recent
More from Beliefnet and our partners
previous posts