Beverly Hills Ninja (1997) sent up the family guy, the respectable sinning of the Beverly Hills rich, and the debt the Chinese pay to their ancestral prophecy, all for a few laughs.

These subtleties centered in the negative, which is unsurprising, for a trashy comedy from the 90’s.

For all its send up of Beverly Hills, Beverly Hills Ninja still celebrates the Hollywood machine by delivering a Chris Farley comedy vehicle, which nevertheless is stupefying. Apart from the few laughs at the beginning.

Should we celebrate the Hollywood machine because of a Chris Farley vehicle made to please? Nah. The movie’s pathetic.

The subtleties are revealing in a plot that’s threadbare. Basically, the story is about a long awaited one, but who may not be the one.

Haru was washed ashore and raised by ninjas, but is clumsy, however well-intentioned. Surely not the one.

When Haru’s on a mission to save a woman, an accomplished ninja must help him out, shadowing him. We’re supposed to laugh, but don’t.

First subtlety. The family guy, probably from Middle America, is shown as a bit of a bully. This happens when the guy’s son is alarmed by taking Haru too literally. What Haru is reported to have said winds him up with a punch in the face from the family guy.

Second subtlety. Beverly Hills is a lavish place for respectable sinning. Dressed in swank and driving porches, carried with cool detachment, the counterfeiters could embezzle under your nose.

Third subtlety is sending up or poking fun at ancestral prophecy. The long awaited hero may be a bumbling idiot.  Think Inspector Clouseau (from The Pink Panther) in ninja gear—which makes him also dangerous. Ancestors deserve more respect, now. 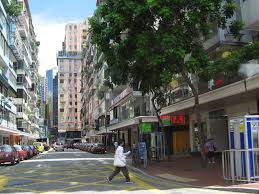 Beverly Hills Ninja (1997) sent up the family guy, the respectable sinning of the Beverly Hills rich, and the debt the Chinese pay to their ancestral prophecy, all for a few laughs. These subtleties centered in the negative, which is unsurprising, for a trashy comedy from the 90’s. For all its send up of Beverly […]

Life reflected back to us in Paterson

A couple who treat one another well—because they are in love—told in a naturalistic setting. At the movies, it’s a breath of fresh air to see a couple engage one another positively in every moment they are with one another. That’s Paterson (2016): out on DVD since April 4 in North America. In their everyday […]

With the last of the 2016 movies already available or nearly ready for home viewing, I have compiled a list of some my stand-out films of 2016: 1.Arrival Instinctively, I got on board this quiet yet suspenseful science fiction thriller Arrival. It twists and turns and surprises. Looking between the lines, there appears to be […]

In defense in Iron Man

Defense in the Oxford dictionary is defined as “defending; justification; defendant’s case or counsel; players in defending position; fortifications”. Tony Stark (Robert Downey Jr.), in the Iron Man movies, is in a defending position. He has inherited weapons and defense manufacturer, Stark Industries. In Iron Man (2008), a showing of the capabilities of Tony’s new […]