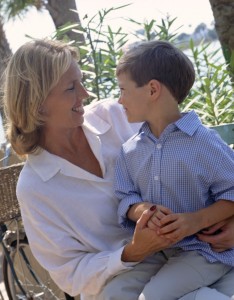 What do you do when someone tells your child he’s going to hell because he’s not a Christian? Well, undoubtedly the first reaction is a bit momma bear-ish, but of course, that’s never the answer.

The other day, that happened to Caidin. He was on the bus and a kid, who believes firmly in his faith, insisted, relentlessly, that Caidin was going to Hell because he wasn’t a Christian.

Caidin came home and began with ‘I don’t believe this, but…’ and then relayed his conversation. This led us into a deep conversation about the difference between religion and spirituality and a discussion about my own beliefs. I don’t expect my beliefs to be Caidin’s beliefs. We have given him religious information as well as spiritual information, always explaining why we believe what we believe. All though my husband and I were both raised Roman Catholic, we both are no longer religious, but rather spiritual. Both my husband and I honor and respect the beliefs of others who are religious. Unfortunately that same courtesy is sometimes not returned.

This conversation with Caidin was one of those conversations that he needed to mull over and really chew on. It came up a few more times over the next week. It wasn’t until he asked me to help him with some energy he was holding around ‘what the kid said’, that it hit me. This was a phenomenal moment in Caidin’s life (at age 8) where he was being given the opportunity to truly own what he believes.

Caidin has had a unique awareness of the world, an understanding of where he comes from and who he is as both a physical and spiritual being from early on. Ever since he could form sentences he’s been sharing his view of life, the world and things beyond.

When I realized that this was actually a life lesson he was being presented with; the opportunity to own his own truth, a life lesson that many of us as grown-ups still haven’t mastered yet; I was really excited for him.

I sat him down and I explained to him that I could help him, but that I saw this as an opportunity. His conversation with this kid had made him question his own truth, and that this questioning was actually the energy he was dealing with. The solution wasn’t in moving the energy out, it rested in actually owning and claiming what he believes. It rested in affirming what was true for him.

I suggested he take some time to reflect on what he believes and decide if it is really true for him or not. And I told him that if he was still challenged after doing that, to talk to me some more. I asked him if he understood what I was saying to him and he said ‘yes, if this is what I really believe, what this kid said won’t bother me.’ So off he went to ponder and reflect.

He came back about fifteen minutes later and said to me ‘I believe what I believe and no one can make me believe otherwise, unless I decide to.’

And that was that.

If you’ll notice, as a conscious parent, I didn’t see the lesson in all of this until Caidin pointed out that he was still dealing with the ‘energy’. What I know to be true from doing my own work and supporting others is this: if something just won’t go away, there is always something much deeper behind it. But as a parent, we can get so caught up in trying to support our kids, sometimes we don’t see what’s right in front of us. The up-side, with consciousness, we WILL see it at some point.

I think this was such a great moment for Caidin and I’m actually happy that he had this experience. That Caidin was able to reaffirm what he believes and to know that it is in his power to be strong in it, or not, at the age of eight, is empowering.

Keep your eyes open for your child’s life lessons. If he or she keeps having the same situation come up over and over, there’s a life lesson in it. If as in this case, something happened and he or she can’t seem to let go of it, there’s probably a life lesson wrapped up in it too.

If you need or want more help or insight on life lessons register for my upcoming Conscious Parenting Tele-Course. Find out more about it by visiting The Conscious Mom’s Guide™ or by visitint TCMG’s Facebook page. Login is required at TCMG but it’s free!

Come join me for free at The Conscious Mom’s Guide for insight, guidance, support and a growing community interested in Conscious Parenting. 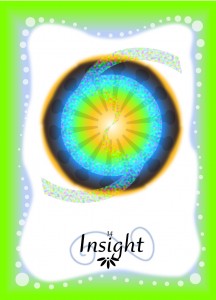