9/11 Becomes A Conversation About Tolerance and Freedom 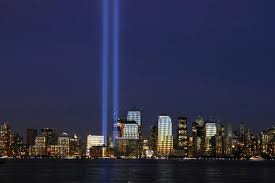 We have talked about September 11th in the past, but each time we discuss it, Caidin has greater awareness and much more of his own information so each time, the conversation is different.

Today Caidin wanted me to tell him again what happened. I went through the story of the planes being flown into the World Trade Towers, and about the two additional planes that were headed for Washington D.C.

Our conversation then turned to ‘why would someone do this?’ We had an interesting conversation about war, power, control, religion and about righteousness. When we are fighting for what we believe in, the ends justify the means. Where we were on the receiving end of someone’s fight for power and what they believe in, we are also sometimes on the giving end of that fight.

Caidin wanted to know why killing Osama Bin Laden was a ‘good thing’ and if the people who killed him went to jail. I explained that in war, and because our nation was attacked this was considered war, killing is a part of it. So the men who were directed to go into that house and kill people, were doing so as part of a military mission.

He wanted to know why people cheered when Bin Laden was killed. I told him that people saw him as the mastermind behind the events of 9/11 and in killing him, people felt vindicated. He asked if I cheered and I said ‘no, I did not.’ I celebrated the bravery of the men, I respected and honored their commitment to protect our country, but I did not cheer the death of a man.

Interestingly, yesterday Caidin took the bus home and on it are kids from several other schools including a catholic school. One of the kids asked Caidin if he was catholic and when Caidin said no the kid repeatedly told Caidin that he was going to Hell. The kid was seriously upset for Caidin, as he really likes him and now he feared for his soul. When Caidin got home he started his conversation with ‘I don’t think this is true, but, this kid on the bus (‘who’s a nice kid,’ Caidin added as an aside,)said that if I’m not a Catholic I’m going to Hell.’

I explained my philosophy of life, which does not include a ‘hell’, why I believe we are here, that I do believe in Jesus, and what I believe he came to teach us. We then went off into a conversation about the difference between religion and spirituality. I shared with him my beliefs, he shared with me his. Having been raised a Roman Catholic, I offered to take him to church and enroll him in religious education classes if he wanted religion in his life, but he was adamant that the information did not resonate as true for him.

We ended the conversation by talking about Freedom. I shared with Caidin that I have respect for the beliefs of everyone. I may not agree with them or carry the same beliefs, but I have respect and I acknowledge that it is our individual right to hold our own beliefs. What I don’t have respect for is when a group believes that their truth is the only truth and that all others should live by that truth. That’s not freedom.

Our freedom is not predicated on what we believe in. Our ability to hold our own beliefs and live by those beliefs, that is freedom

What I have always hoped for Caidin is that he will learn to recognize that others have their own beliefs and that he will be able to respect those beliefs even if they don’t hold true for him, but that he will also be confident in holding strong to what he believes in. I think, through this experience with the kid on the bus, he showed me that he is so much farther ahead than most of us. He knows what he believes, he can respect what others believe in, he makes his own decisions and he isn’t going to be swayed by anyone.

Did you know ‘Caidin’ means Spiritual Warrior in Gaelic? It is a truly fitting name, I feel.

Come join me for free at The Conscious Mom’s Guide  (TCMG).

Looking for guidance, support and insight? Join one of my weekly programs (Pre-Pregnancy, Pregnancy, Parenting and Peace-Of -Mind). All programs run through TCMG. Sign-up for a free membership and then check out the different program They are affordable and can make a world of difference! 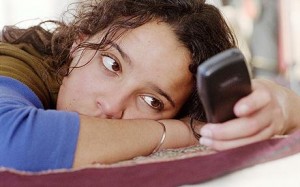 The Power A Question Can Hold: Why Asking One Can Yield A More Powerful Experience.
archives most recent
More from Beliefnet and our partners
previous posts